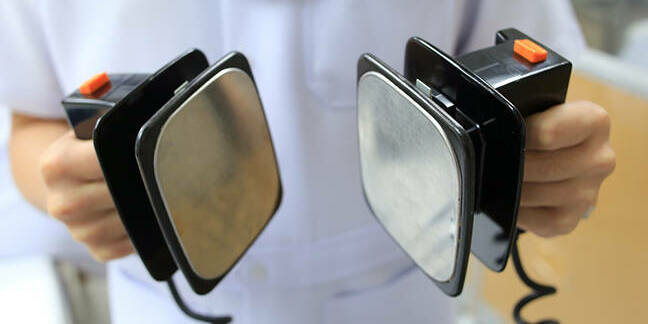 Moore's Law ain't dead yet, but Intel needs startups to keep it alive.

For several years, observers have noted that straight line predicting the doubling of transistors per chip has slowly bent downwards.

It hasn’t helped that Intel itself found it hard to shift from 14nm to 10nm production – recently announcing that it will finally come in 2019.

But that slowdown could be a blip if a range of upstart companies deliver on their promise, which Intel has backed by tossing them some venture funding and expertise.

"We are the eyes and ears of Intel," explained Wendell Brooks, the head of Intel's investment arm Intel Capital. "We are looking five to ten years down the road."

Brooks made those remarks after announcing an investment of $72m in 12 startups – which range from artificial intelligence, to cloud and the internet of things, to the "future of silicon." Intel won't say how much it has invested in each company, or what stake it has taken in return, but Brooks was upfront when he said the company was looking to take a 10-20 per cent stake in each, specifically because that would give Intel a board seat and "force us to contribute actively."

Intel Capital now has stakes in around 350 companies – having invested in over 1,500 since it started in 1991 – but this year it is notable that the company has invested in companies that make chips, rather than those that will use or accelerate demand for Intel's own products.

We asked Brooks why. "Intel doesn't have the market cornered," he said. "There are disruptors out there and we want to see what that looks like."

One such company is Espressif, based in China, that makes internet-of-things (IoT) chips - but describes itself as a software company that comes with hardware. It has already shipped 100 million of its systems-on-a-chip, its CEO Swee Ann Teo told The Reg.

Another is Lyncean Technologies, based in California, which believes it has cracked the long-awaited "extreme UV" (EUV) process that could theoretically reduce chips down to 2nm – something that its CEO Michael Feser says will keep Moore's Law going for some time.

For a number of years, the light source needed to make chips has limited the reduction of chip designs but Lyncean has successfully simulated the miniaturization of government research technology – currently monster machines in huge facilities that require megawatts of power – down to something that could fit into a normal-sized lab room.

The money from Intel will be used to build a real machine and Feser is confident that in under three years, his company can produce a machine that will make a 2nm chip manufacturing process possible. From there, everyone else would need to catch up and redesign chip components to work at such a tiny scale.

Lyncean plans to pull that off by creating a completely new electron beam accelerator that can produce UV light with laser-like characteristics. By comparison, the current systems are more like light bulbs, Feser said.

The machines will be very expensive – tens of millions of dollars each – but should be cheaper than current machines and more power efficient, making them immediately economically viable for the semiconductor industry.

A third Intel investee, Movellus, also from California, says it has developed a way to pull out one of the limiting factors in next-generation chip design – human beings. Its technology allows for automated chip design: which should mean smaller, more efficient, cheaper and more reliable chips.

It's notable that the three-year delay in Intel getting from 14nm to 10nm was, according to Intel CEO Brian Krzanich, due to low yields and manufacturing problems.

And lastly, SiFive, a third Californian company, which allow chip designers to create customized, open-architecture processor cores – which should mean chips can be made faster and cheaper. Its CEO Naveed Sherwani told us that semiconductors that would cost $7.5m now could be produced for $750,000: "A tenth of the price in a fifth of the time."

SiFive fits in with Brooks' belief that the future of semiconductors is customized silicon for specific tasks. An example: a facial recognition service that uses a chip optimized to recognize eyes.

Although the industry has moved back and forth cyclically between general and specialist chips, this time, Brooks says, it "feels different" and the era of specific chips for specific tasks is the future. ®