US Congress finally emits all 3,000 Russian 'troll' Facebook ads. Let's take a look at some

Pics US Congress has released more than 3,000 Facebook ads purchased and created by the Internet Research Agency, a pro-Kremlin so-called troll factory.

Previously the House Intelligence Committee had only released about 50.

Usefully, the panel includes information on who the advert was targeted at, and how much engagement it received, in terms of impressions and clicks. Not all views and clicks are by humans, remember.

You may have expected hundreds or thousands of posts condemning Hillary Clinton and Bernie Sanders, and promoting Donald Trump, but that is not the case.

Many of the ads were not directly politically related, and instead highlighted black and LGBT civil rights issues. They repeated the Black Lives Matters mantra, demanded stronger borders, and called for protests against homophobia and police brutality. Rather than outright back a particular candidate, instead many of the paid-for Facebook posts sought to set people against each other: blacks against whites, muslims against christians, citizens against immigrants, and so on. 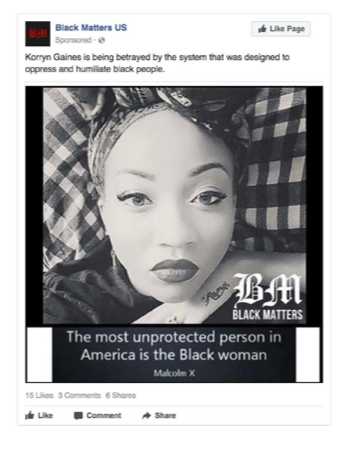 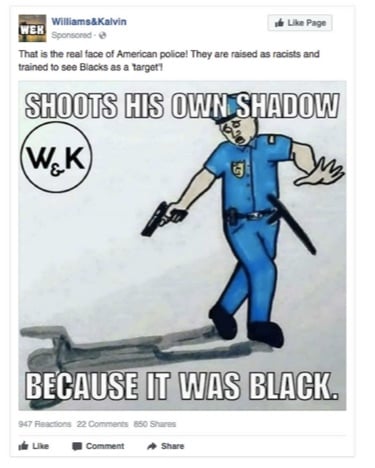 The cache includes ads that were racist and inflammatory, and were seemingly designed to reinforce and strengthen people's prejudices. The ads played to their base, in other words. For instance, a post that read, "A message from Muslim American kids to all citizens of the US," was actually targeted not at all citizens but at people who liked, or were connected to those who liked, the group United Muslims of America.

As the Wall Street Journal observed, though, the Internet Research Agency, the Russia-based assembly line of these posts, was curiously inept at times:

Many of the Internet Research Agency ads include grammatical and spelling errors, and some have no discernible political purpose. In June 2015, the page 'L for life' bought an ad targeting people interested in 'landscape painting or landscape.' The ad featured a photo of a city with a mountain in the backdrop and read: 'Such a beautiful day! Such a beatiful (sic) view!'

The giveaway in the ads that something was amiss is the stilted English. It isn't difficult to imagine them in a Compare-the-Meerkat voice: "Defend free market!" 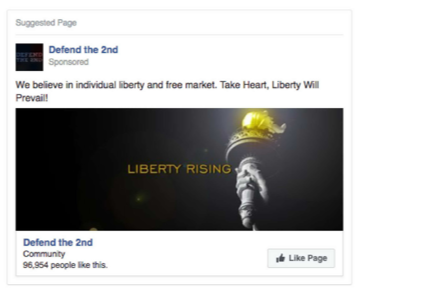 A portion of the adverts had seemingly false or inflated engagement numbers. Genuine engagement, per post, was surprisingly low, overall. This anti-Sanders ad, for example, received 11 impressions and zero clicks. 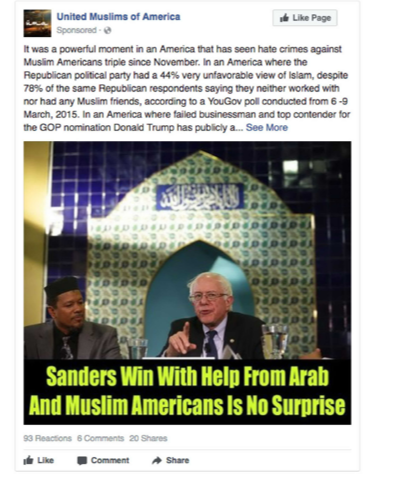 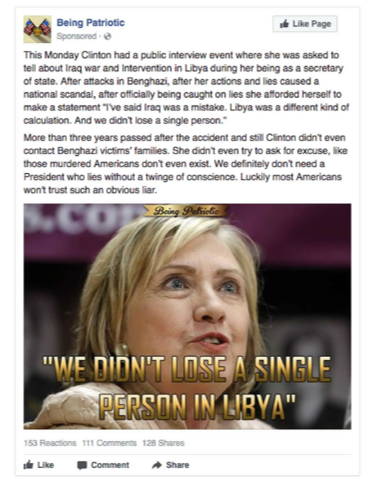 This other anti-Clinton post, drawing 4,668 views, 304 shares, and 771 reactions, was somewhat more successful. 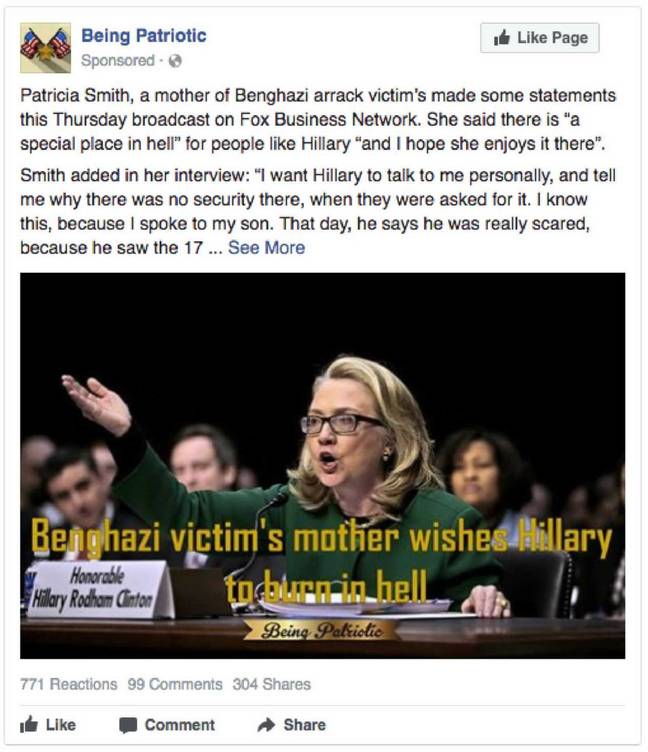 Posts that strayed away from naming and shaming candidates drew more eyeballs. For example, this anti-immigration post chalked up 15,254 ad clicks and 97,000 ad impressions. 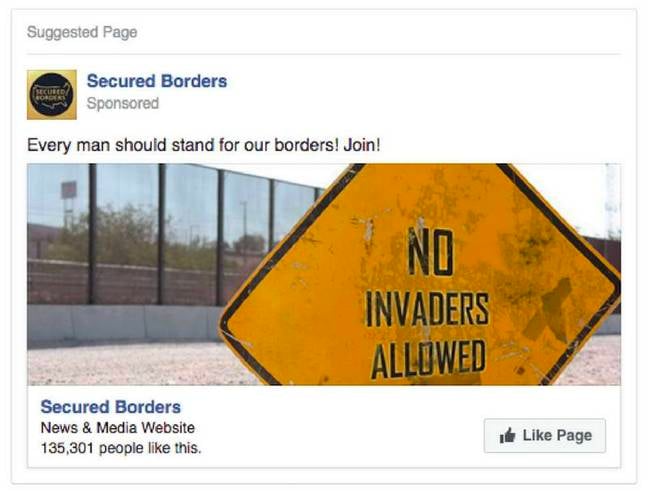 There was a theory that "fake news" spread on Facebook, and elsewhere, led to Donald Trump's victory in the 2016 US presidential elections. However, that would require us to believe that American voters discarded decades of experience of the two national figures leading the race – Trump and Clinton – and instead had their minds made up in an instant by something they saw on the internet.

After the release of this cache, along with the conclusions of related research, that may be even harder to believe.

What is clear now, though, is that the ads and posts were an attempt to pour a little more gasoline on an already fiery political climate in America. Perhaps the intention was to further polarize support for the White House contenders – by dividing America, muddying the waters between truth and fiction, and sowing a little chaos among the population, which would suit the Kremlin.

Perhaps the posts and adverts were utterly pointless and mostly ignored, and simply quietly filled Facebook's coffers with Rubles.

Whether or not the release of these images fortifies the idea that Russians decisively influenced the result of the 2016 election, we'll leave to you, dear reader. ®