1.5m Brits pay too much for mobile and crappy broadband – Ofcom 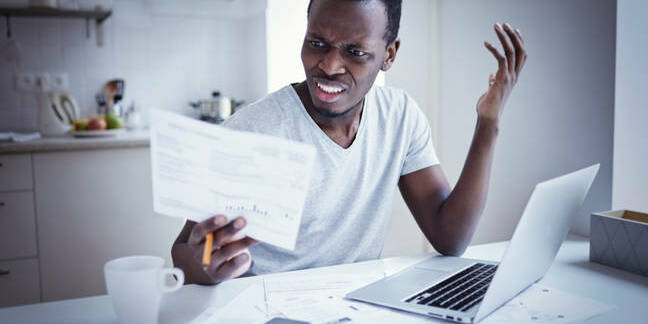 Around 1.5 million Brits are spending more than necessary by continuing to pay the same monthly fee for mobile phones after their contracts have expired.

And four million households with standard ADSL copper broadband could upgrade to a superfast package for the same price or less. This is according to regulator Ofcom's annual report on pricing trends for phone, broadband and TV services.

It's most notable for BT's ADSL customers, who have seen their prices rise significantly in real terms over the last two years to £42.99 a month. In contrast, BT's superfast (fibre-to-the-cabinet) services start at £24.99 a month.

Price increases from other major providers during this period were much lower, assured Ofcom.

The regulator has previously said 34 per cent of premises (PDF) could upgrade to superfast broadband and get better speeds. Superfast services of 24Mbps are now available to around 95 per cent of the country.

However, the watchdog claimed that, on balance, most consumers are getting value from their phone and broadband services.

Data use over home broadband and mobile connections is growing by around 45 per cent a year, it added. Yet average monthly household spending on comms services has fallen by 8 per cent to £117, over the last decade.

"Overall, most people are getting good value for their phone and broadband services. We're all using these services more than we were a few years ago, and on average we're paying less.

"But there are areas where people could get better value for money. For example, many people could upgrade to faster broadband without paying more on their monthly bill. So we're working to make it easier for people to take advantage of the wide range of deals on offer."

Separate research from the Citizens Advice Bureau found loyal broadband customers were being penalised with average price hikes of £113 a year once their honeymoon sign-up deals expire.

Richard Neudegg, head of regulation at price comparison site uSwitch.com, said consumers need to be armed with more information to get better services.

"Ofcom's planned consultation on implementing notifications for when contracts are about to end is an important step.

"If executed effectively, this will give telecoms customers the facts they need to take advantage of what's available in the market, and would bring the rules into line with what's expected in other sectors." ®