Did you even sweat, tho? Plaintiffs told to amend claims in Apple headphones suit

But case will go ahead as judge rejects bid for dismissal 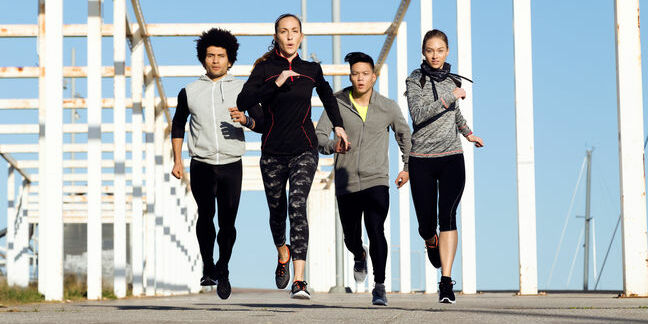 Apple has failed to get a class-action sueball over its allegedly "shoddy" headphones dismissed – but the plaintiffs have been told to amend their claims.

A group of people last year filed an action accusing Cupertino of false advertising, claiming the Powerbeats headphones they bought had poor battery life and were not sweat or water resistant, as the product marketing had promised.

But in an order (PDF) issued this week, Judge Richard Seeborg partially denied its motion, meaning the case will proceed.

The plaintiffs argued that – despite being advertised as "built to endure" and sweat and water resistant, with a six or 12-hour battery life – the Powerbeats they had bought were not.

"These shoddy headphones contain a design defect that causes the battery life to diminish and eventually stop retaining a charge," the complaint said.

Apple argued the plaintiffs' allegations were "insufficient with respect to their sweat and water resistant claims, battery life claims, and durability claims" and asked the court to throw it out.

In his order, Seeborg ruled against Apple on the grounds of battery life, saying the plaintiffs' statements were sufficiently specific, and granted the group the right to take action on this point.

However, he dismissed complaints related to the headphones' sweat or water resistance, saying that the group needed to amend their claims in order to take them forward.

For instance, one plaintiff, Jennifer Zielinski, had claimed the headphones had stopped holding their charge after exercise, but didn't directly link the two.

The others, though, "fail to allege that they even sweated during exercise", Seeborg noted. "For this reason, plaintiffs' claims based on sweat and water resistance must be dismissed but with leave to amend."

The plaintiffs "must specifically allege that the reason their headphones stopped working and failed to retain a charge was specifically due to Powerbeats' failure to resist sweat or water," he noted.

Apple had also argued that the plaintiffs could not seek an injunction against what they allege is false advertising, saying the group could not prove imminent harm.

However, the judge disagreed, noting that the plaintiffs had said that if the court ordered Apple to comply with advertising and warranty laws, they would likely buy the product.

"Not only have plaintiffs established an inability to rely on Powerbeats' advertising, but several have actually averred that they replaced and/or purchased the product multiple times, believing that the defects would be fixed," he said.

"Indeed, it is difficult to imagine what more Apple expects plaintiffs to allege in order to establish that that they have lost faith in their ability to rely on Powerbeats' marketing. For these reasons, plaintiffs may seek injunctive relief."

The plaintiffs must now file any amended complaints within 20 days.