A tale of lawyer-funding venture capitalists and Mountain View 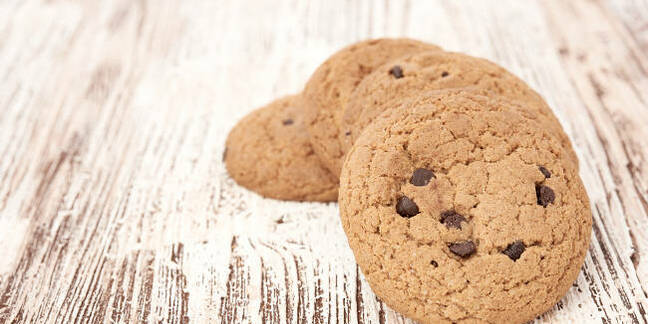 Mmm, cookies: Google's naughty placement of these onto iPhones in 2011 has landed it with a fresh UK sueball

A former director of consumer rights group Which is trying to extract “somewhere between £1bn and £3bn” from Google on behalf of 4.38 million Brits over the naughty placement of advertising cookies.

The High Court in London, England, has heard legal arguments this week about whether Richard Lloyd's claim against Google should be allowed to go ahead. Lloyd, exec director of Which until 2016, is trying to start what amounts to a class action against Google – something that is very difficult to do in the English courts, even though he claims to represent millions of British Apple fanbois.

His case hinges on the so-called Safari Workaround for putting Google Doubleclick advertising cookies on iThings. Back in 2011 sneaky bods at Google figured out a way of putting ad tracking cookies on the iPhones of people who had tried to opt out of it. After a bunch of irate Brits flung a successful sueball at Google over this, Mountain View’s backroom bods killed off their workaround.

Barrister Hugh Tomlinson QC, acting for Lloyd, told judge Mr Justice Warby in the High Court on Monday: “Your lordship would have seen this resulted in regulatory action in the US. Also legal action.”

Lloyd claims that the naughty ad-tracking cookies amounted to a breach of the Data Protection Act 1998 and is trying to sue Google on behalf of “all individuals who, at any date between 1 June 2011 and 15 February 2012… owned or were in lawful possession of an iPhone and used the Apple Safari internet browser on that iPhone to access the internet.”

Detailed sums weeding out people who acquired cookies legitimately pegged this number at 4,387,500 claimants, according to Lloyd’s lawyers.

Google has argued that the English courts do not have jurisdiction to hear the case, as well as saying that Lloyd and his backers have not properly identified the millions of people said to make up the representative class. Under English law, unless everyone in the “representative class” all have exactly the same claim, they cannot be included.

Barrister Antony White QC of Matrix Chambers, acting for Google, added: “When Parliament came to legislate for collective proceedings in one sector, sector by sector, it felt empowered to allow the court to make an aggregate award of damages.

"And it also thought it fit to prohibit the use of damages-based agreements to fund collective proceedings.”

White’s point about funding is disputed, meaning the judge will rule on it.

Before the full case is heard, Lloyd has to get it past procedural hurdles in the High Court. English law has no such thing as a class action; instead it has a “representative action” which is almost the same but the rules for these are narrower than for class actions in the US.

Google has said not all of the four million folk Lloyd says he is representing have the “same interest” in legal terms, which, if the judge agreed, would knock out a large chunk of the claim.

Mr Justice Warby said in the High Court on Wednesday he would reserve judgment on whether the case can go ahead, having heard the arguments of both sides. His judgment is expected after the summer holidays.

David Barker, a solicitor for Google, summarised the Safari Workaround in another witness statement:

“Apple developed exceptions to Safari’s default settings to address the concern that its default blocking of third-party cookies caused usability problems… Google used known Safari functionality, the ‘HTML Form Submission’ method, to set [an] intermediary cookie on Safari browsers. The HTML Form Submission method did not require the user to change their default settings in order for it to be effective.”

The implications for Google are pretty hefty, even for a company with a turnover greater than many countries’ GDPs. As Google’s barrister Antony White QC put it: “Should this matter proceed, what is suggested is the court will order us to pay the defendant an aggregate of damages, calculated by multiplying a multiplier derived from a statistical model… of somewhere between one and three billion pounds. And recognising that that may well result in a surplus of the defendant’s money having been paid over, it is said that surplus might be applied cy pres.”

Cy pres is a Latin legal term that roughly translates as “near enough”. It is used when someone wanted to give money for a particular reason but that reason no longer exists. In this case, it means if Google was ordered to cough up £2bn but only £1.5bn’s worth of iPhone users claimed their share, the remaining £0.5bn would go to charities or causes campaigning for privacy.

“This is the only proportionate way of vindicating the rights of the represented individuals. That is your argument, crudely put?” asked Mr Justice Warby, to which Lloyd’s barrister, Tomlinson, agreed and added: “In the US they apply cy pres. We are going to all steps to ensure this [money] is not handed to individuals without entitlement.”

Court documents obtained by The Register from the PR firm Lloyd hired to drum up publicity for the case, Portland Communications, revealed that the action is being funded to the tune of £15.5m “by Therium Litigation Funding IC, an investment vehicle associated with and advised by Therium Capital Management Limited.” The latter’s website declares that they have “a market leading track record of generating superior returns for investors” by funding lawsuits in the UK, continental Europe and the US.

“The amounts,” warned White, “could be very substantial indeed. If there are 4.4m claimants, each entitled to several hundred pounds, under the current damages-based regime the maximum share is 50 per cent. If 50 per cent were taken by the funder, the amount generated in this action for the funder would be a very substantial sum of money."

In addition, Google’s legal team said in their filings that Lloyd wanted to pay himself “an annual salary of up to £50,000 for a period of up to four years in recognition of the time he anticipates spending on the litigation,” something his legal team did not deny in their own filings responding to this point.

Oldnall’s witness statement, filed on Lloyd’s behalf, also revealed that Lloyd has acquired £12m in after-the-event legal insurance to take into account “the risk of an adverse costs order” if he loses at any stage. ®