You've heard that pop will eat itself. Boffins have unveiled a rocket that does the same

Can u dig it? If you want to launch a single cubesat, you most certainly will 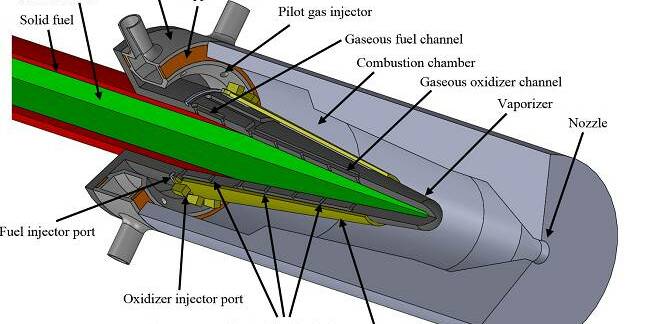 Scottish boffins, along with colleagues in Ukraine, have developed a "self-eating" rocket engine that could affordably fling a cubesat into orbit.

The solid-fuel rocket does away with heavy tanks, with the propellant itself forming much of the launcher's structure. As the engine burns its way through that structure, the rocket itself becomes correspondingly lighter, meaning more payload can be carried. An additional benefit is a reduction in debris left in orbit.

The propellant of the "autophage" engine comes in the form of a rod, which has solid fuel (in this case, a strong plastic such as polyethylene) on the outside and oxidiser within. The rod is pushed into a hot engine and vaporised, generating thrust and enough heat to vaporise the next section of rod.

Unusually for a solid rocket motor, the engine can be throttled by varying the speed at which the rod is shoved into the engine. As for shutting down and restarting the engine entirely – somewhat of a challenge for solid motors. The leader of the Scottish team, Dr Patrick Harkness, senior lecturer at the University of Glasgow’s School of Engineering, told El Reg:

We haven't tried yet, but maybe. Once running, the heat of combustion is used to vaporize the incoming propellant, so part of our start-up cycle is to pre-heat the engine with propane from ground support tanks so that vaporization can begin. If that pre-heat function could be supplied electrically (thermal batteries?) for each restart, then maybe there are options.

As for actually steering the thing as it consumes itself, Dr Harkness suggests that a traditional gimballed nozzle would be possible. Alternatively guidance could be achieved by dangling steering vanes into the plume.

Dr Harkness sees the ability of the rocket to be scaled down to the point where it could launch single cubesats as a key advantage. Traditional rockets don't shrink well, with the ratio of fuel to vehicle surface area meaning that small rockets get disproportionately heavy as the sheer mass of rocket casing begins to dominate.

Not so with self-scoffing rockets, which could be economically shrunk to the point where a single cubesat could be the primary payload rather than tagging along as part of a group to be flung off a Falcon 9 as an afterthought, as Dr Harkness explained to The Register:

"We have no casing, and so downscaling is much easier. We can therefore design a vehicle optimised for much smaller spacecraft, and eliminate the need for this groupage. That increases flexibility (no waiting for rideshares, no trade-offs on the target orbit)." 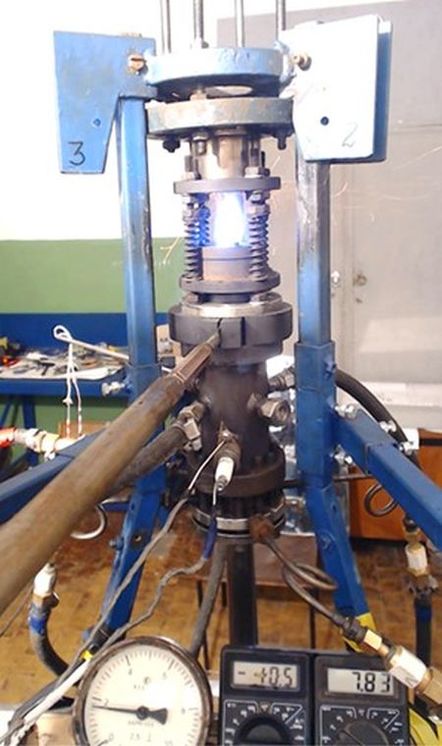 The engine itself has yet to leave the lab at the Oles Honchar Dnipro National University in Ukraine and currently consists of a 20mm diameter fuel rod fitting into a 50mm combustion chamber.

Thus far the team have managed to run the motor in 60 second bursts and Dr Harkness reckons that engineers are at least five years away from developing a version of the engine that would be "compatible with flight".

Funding has so far provided by the academic institutions in Scotland and Ukraine and an application has been submitted under the Horizons 2020 programme to allow the team to continue playing with their rods.

The hope is that rockets based on the technology would be manufactured in the Ukraine and launched from a location in the north of the UK. There are three locations under consideration for a possible Scottish spaceport in Argyll, Sutherland or South Ayrshire. ®

Pop Will Eat Itself was, of course, an industrial/grebo outfit of the 80s and 90s. Band leader Clint Mansell went on to become a successful composer in his own right, penning the soundtrack to Duncan Jones's Moon, among many others.

Will this be the end of piloted planes? Give it a while yet

Houston, we've had a legend: Boffin behind NASA Mission Control signs off for final time

MIT boffins turn black up to 11 with carbon nanotubes that absorb 99.995% of light

It's like, how much more black could this be and the answer is none. None more black

Has science gone too far? Now boffins dream of shining gigantic laser pointer into space to get aliens' attention

Beam would light up planets, lead furious ETs back to Earth

Oh no, Xi didn't! Chinese spymaster cuffed in Belgium, yoinked to US on aerospace snoop rap

Xu can play at this espionage game, Feds allege