Kill the blockchain! It'll make you fitter in the long run, honest

Something for the Weekend, Sir? I am looking for a fit man.

Sorry, did I forget to put that in quotation marks? C'est Mme D qui parle and she's staring at her computer screen.

"I am looking for a fit man," she repeats in a monotone. I have a quick check around the room: nope, we haven't acquired an Echo, although she did say it twice (heh heh). Is she using Dragon Dictate?

She turns to me and asks if I have been receiving any trashy sub-porn phishing emails supposedly from nubile Russian women. "Because I've been getting loads of them."

What a relief. She wasn't dictating, she was reading an email out aloud for my benefit. No, I respond, although I have been receiving hundreds of emails from organisations I've never heard of asking my legally binding permission to let them continue spamming me in future.

She turns back to her computer. "Why are they sending this rubbish to me, a woman? 'I'm looking for a fit man' indeed!"

Yes it must seem funny, I begin to mansplain, but they've probably mailed this message to millions of…

The birds outside fall silent. The cat farts. A tumbleweed rolls by – which is unusual for southeast London, especially at this time of year.

"Oh well, I'll mark them as Junk. There we go: rubbish email to the rubbish bin. From trash to trash." A few seconds later, she can be heard humming a Bowie-esque "Trashes to trashes, junk to junky..." and I wonder if she might yet enjoy a successful alternative career in concocting advertising jingles.

It's been a while since I received creatively punctuated proposals of marriage via email from the Mysterious East but I remember how idiotic they appear when you're not in the market, as it were, for what they're selling. After a short while, the relentless onslaught of unwelcome crap such as this stops being amusing and begins to irritate, then infuriate.

Although I don't see these emails any more, I do experience similar emotions when a website shows me this: 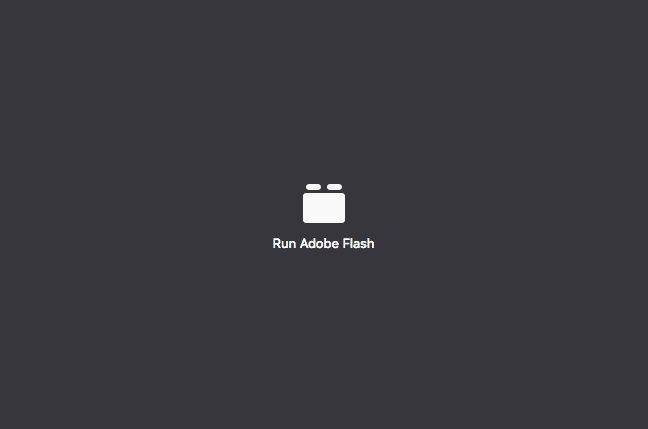 Don't panic, don't call your local exorcist: this is just a screenshot. If you clicked on it, shame on you.

The nearest equivalent to spam that drops into my inbox several times a day is a very particular type of email that, God help me, I deliberately invited upon myself: the blockchain press release.

When I began seriously writing about fintech a few years ago, I had to make the effort to seek out businesses that were mulling over the potential of mutual distributed ledgers. Today, I have to fight them off with a shitty stick.

My editorial output on the topic of blockchain has presented a consistent theme: if you think blockchain is a good basis for launching a digital currency, you're either a shark or you're shark-bait. Such a concept appeals only to fools with money to throw away, or to Disruption Spivs who'll be telling you to throw it away – specifically in their direction – before you work out that it's a massive con.

For me, the versatility of blockchain is in being able to define the transaction token as anything except money. Because it endures and can be tracked and traced over time in a permanent record that cannot be interfered with, the token can represent any transaction you like – of goods, services, intellectual property, physical property, conceptual value or whatever. It could be a log shipped from South America. It could be a yacht. It could be a unit of electricity.

Have you heard the one about cryptocurrencies being independent of the short-term whims of national governments? Utter bollocks. Once Bitcoin has been completely mined, investors will wake up to find that practically all of it is owned by Russia and China, where the biggest mining farms are situated.

Yet the blockchain craze continues regardless, judging by the nutty press releases streaming into my inbox. Amusingly, lots of blockchain startups feature minor celebrities at the helm. A cynic might wonder if these poor souls are valued greedily by their evangelising business partners more for their publicity-grabbing status and deep pockets than for their IT skills.

Typical of this is a blockchain platform startup for selling "talents and assets" (no, me neither) led by the leading tech brain of our age, James Rodriguez, better known as attacking midfielder for Real Madrid and Bayern Munich. Another business wants to use blockchain to handle cross-border transportation payments between autonomous vehicles – something that appears to have won the backing of a NASA astronaut despite the fact that autonomous vehicles don't exist.

Most insistent of them all is a company that claims that we should be settling our dentists' bills with a new breed of molar-friendly, crypto-canine digital coinage, since it only stands to reason that dental hygiene can't be paid for in any other way. Except using money, of course, but shhhhh don't tell the investors.

So it comes as a relief to discover I'm no longer alone in poking fun at all the naked kings parading their goosepimples. A report by Global Data reckons that a reality check is about to prick the blockchain bubble, with lots of blockchain projects forecast to be dumped or switched to alternative (i.e. appropriate) tech over the next few years.

Blockchain isn't the problem. Blockchain itself is a work of genius. It's just that it's been used as a magic word to achieve everything, much like the conjuror you hired for your kid's birthday party, who says "Abracadabra" to make a bunny appear, a glass of water vanish and identify the card you freely picked from the pack.

Surely the shift from compelling potential to wishful thinking to techno trash isn't difficult to spot. One can only hope the blockchain stink currently emanating from the fintech industry blows away soon, leaving the way clear for the good stuff to progress unhindered – democratising the energy supply, tracking provenance, establishing legality, automating contracts... you know, doing things individuals, businesses and governments actually want and need.

As for the rest, it's just trash. Junk it.

Alistair Dabbs is a freelance technology tart, juggling tech journalism, training and digital publishing. He enjoys the irony of urban hipsters urging him to settle energy bills using Bitcoin even though Bitcoin's very existence is a massive – and increasing – drain on energy resources just to keep ticking over. Equivalent to the energy consumption of Ireland? We're beyond that already…
Tips and corrections
77 Comments