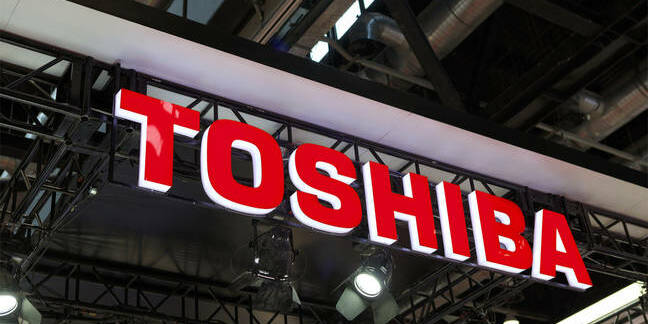 Toshiba has finally offloaded its chip unit for $18bn (£13.5bn) to US private equity house Bain Capital weeks after getting the green light from Chinese regulators.

The Toshiba Memory Corporation (TMC) sale was intended to close by the end of March, but was delayed by an antitrust probe by Chinese authorities who gave it the thumbs-up last month.

The deal had been held up in part because of a trade dispute between Chinese authorities and the US administration.

Toshiba was forced to find a buyer for its NAND flash chip joint venture with WDC due to billions in losses from its nuclear power station work in the US.

The Westinghouse plant filed for bankruptcy after suffering huge cost overruns at two US projects in Georgia and South Carolina.

In a statement today, Toshiba said the sale will boost its profits by ¥970bn (£6.6bn) before tax, which will allow it to remain listed by pulling the company out of negative shareholder equity.

Tosh also said it will reveal its five-year "transformation strategy" later this year, intended to implement "structural reform" across the business.

The consortium of investors led by Bain is made up of South Korean chipmaker SK Hynix, Apple, Dell Technologies, Seagate Technology and Kingston Technology.

Under the terrms of the agreement with Bain, Toshiba repurchased 40 percent of the unit.

“The closing of the sale and re-investment deconsolidates TMC from Toshiba Group, and going forward TMC will be treated as an affiliate accounted for by the equity method,” Toshiba said in a statement (PDF). ®