Launcher 2.0 to be released within days

Google's Chromebooks are about to undergo an overhaul that puts the Chocolate Factory's creepy, predictive search tech – Google Now – at the heart of the firm's OS.

François Beaufort, who describes himself as Mountain View's "Happiness Evangelist", said that Chrome OS fans would soon be able to access a beta version of the software with a new feature dubbed Launcher 2.0.

He claimed that the function was 'the best way to start new activities on Chrome OS, like performing a Google search or launching apps."

Beaufort added in a mangled sentence:

Search has been enhanced to help you find what you are looking for faster, apps you most often use right [sic] have been put at your fingertips, and the power of Google Now has been brought to your Chromebook. 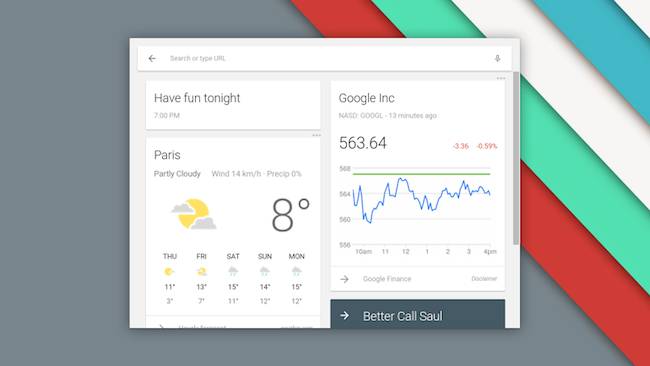 Google said on its Chromebook forum that the latest beta would be deployed within the week and will be available here. ®