Hands On Warm reviews and good wishes didn't help the newly formed BlackBerry Mobile sell bucket loads of phones in its first year, but a strong second attempt might.

The new Key2 lends weight to the idea that the TCL-owned brand – a wholly separate entity to the old Canadian BlackBerry – is in it for the long run.

Although strongly resembling its predecessor, the BlackBerry Key2 remedies some of the biggest quirks about the Key One.

The QWERTY keyboard is greatly improved. The keys are some 25 per cent bigger, there's a positive clicky response similar to that of the BlackBerry Passport Silver Edition, and the surface is matte. The letters also look much better either backlit or unlit. 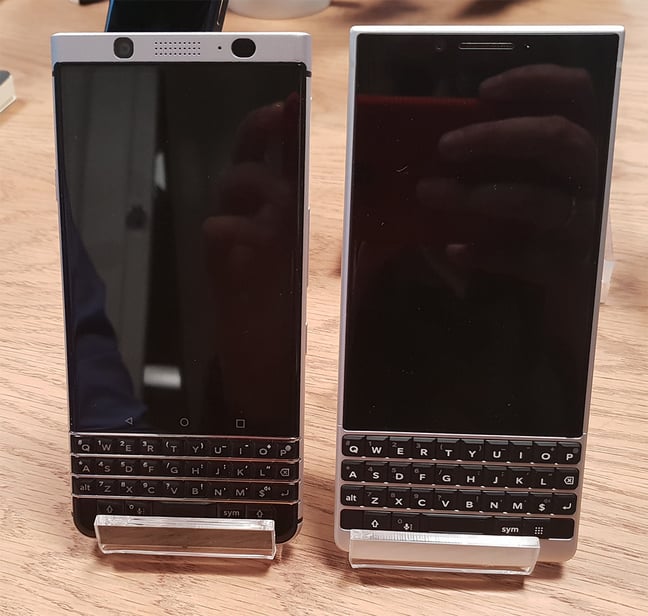 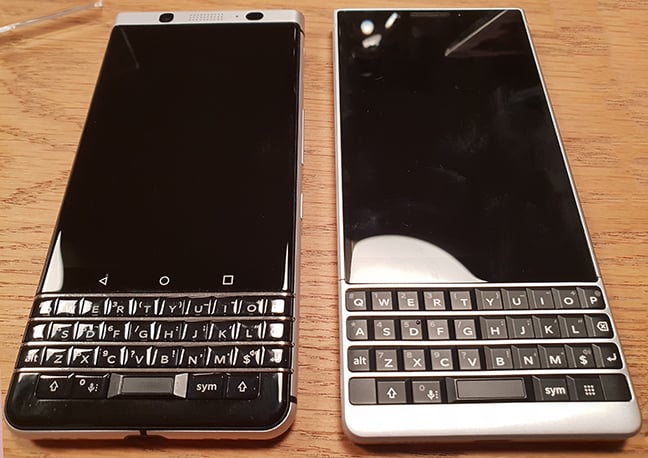 Last year, we found the KeyOne keyboard to be a bit squidgy. In addition, the glossy surface made cursor placement - the keyboard doubles as a trackpad for editing and gestures - more random than it should be. Both complaints have been addressed with the Key2.

The BlackBerry Passport SE from 2015 was BlackBerry's third keyboard design for the square-screened device, and many regard it as the company's best QWERTY ever. The Key2 is an attempt to come as close as possible to that design. Based on past experience of QWERTY keyboards with a positive feedback, the new model should be less tiring to use. 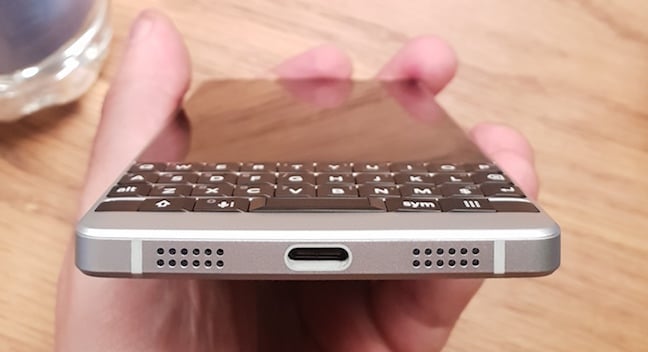 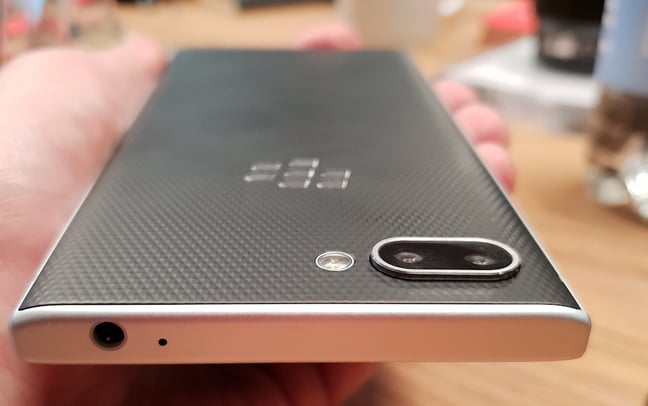 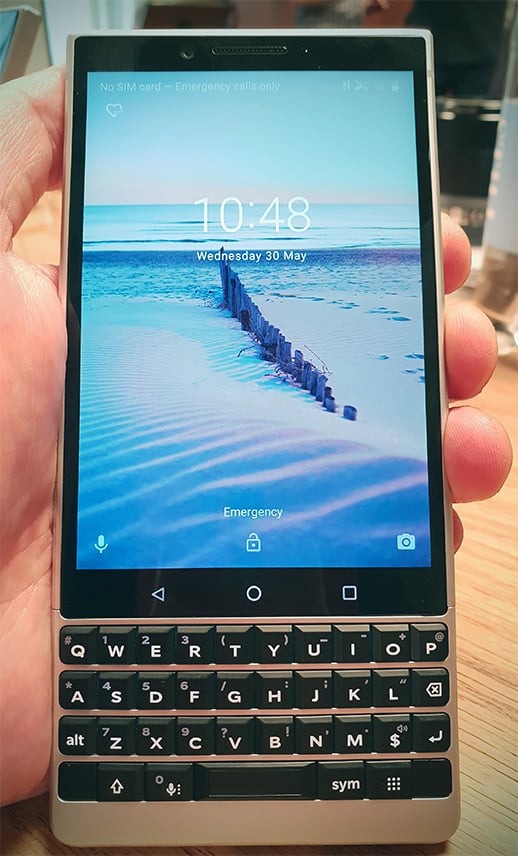 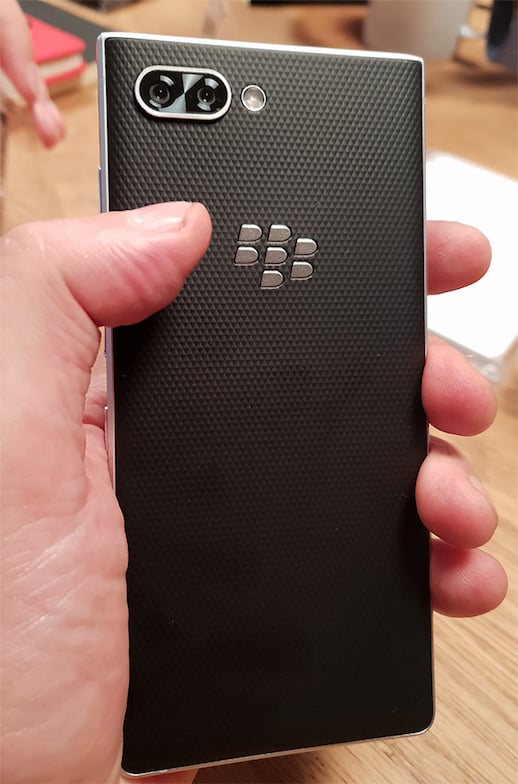 And over a long term, the KeyOne's RF reception was amongst the weakest of any phone I tried last year; it dropped calls more often than other phones and struggled to retain and regain a signal in my most notorious notspots. BlackBerry says the Key2 antenna is in a different position now, and the microphone placement has also been tweaked. It should be a bit louder, too.

The signature "forehead" of the KeyOne, copied over from the Passport, has been narrowed to make room, and to shift things up a bit. The result is that the Key2 looks less striking, but feels better in the hand, and is much less likely to tip forward. The physical buttons have a more conventional placement - they're all on the right-hand side now. The power key is a different size and has a distinctive texture, making it easier to distinguish from the adjacent convenience key. On BlackBerry Mobile's second phone, the touchscreen Motion, it was hard to tell them apart. 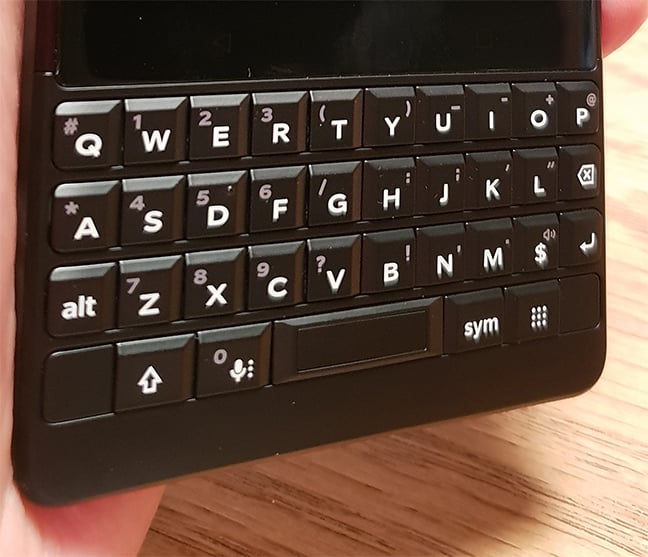 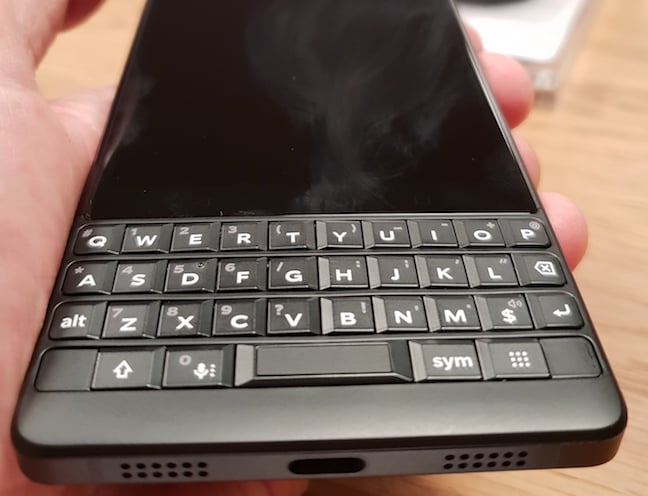 Display and battery are unchanged, as there were few complaints about either. The pin-sharp 4.5-inch (1620 x 1080) panel has a ppi density of around 434, and the 3,500mAh pack able to last a full day and well beyond. Overall the package is 12g lighter (at 168g) and 1mm less deep, and overall this phones feels a lot less of a weapon than the KeyOne, with its square top.

The phone is one of the first to include Qualcomm's Snapdragon 660, a strong mid-range chip that supports X12 class LTE modems, and Blackberry Mobile kits it out with 6GB of RAM. Models come in a 64GB (expandable through microSD) version, or a supersized 128GB model; the latter allows the microSD slot to take a second SIM.

The camera unit is now a dual sensor allowing for some lossless digital zoom and depth bokeh - as is obligatory for 2018.

Buttons? We got buttons

There's a new key on the keyboard (a "Smart" key) which allows you to use it as an accelerator key, so for example Smart+T starts Tasks. It will work regardless of the launcher or whichever app you're in. But this seems to be a work in progress – currently, on its own, the Smart Key doesn't actually do anything. BlackBerry Mobile is soliciting input on what it might do. Bearing in mind that the $-key can already be remapped to various tasks, like pulling down notifications. Personally I'd like to be able to switch tasks with one hand without using the navigation bar.

Ideally, I'd like to see BlackBerry Mobile skin Android completely, so I can use the system without ever having to move the phone in my hand. That's something BlackBerry did with the Classic after complaints that BB10 wasn't as friendly as the system it replaced. But that's unlikely to happen. 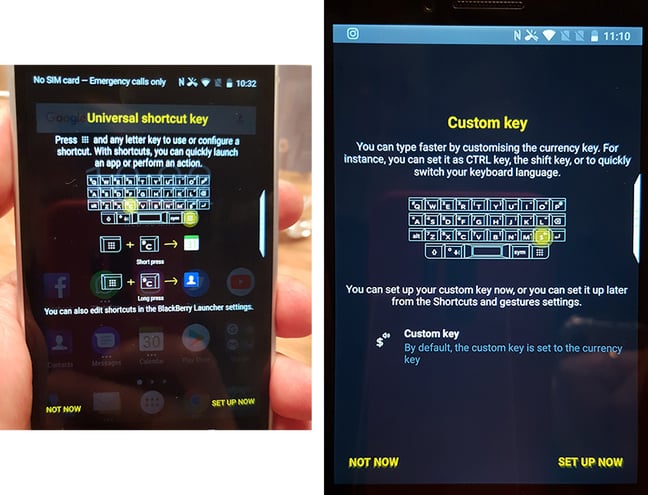 Shortcuts galore: You can use the new Smart modifier key to start an app (or action) from anywhere in the system (left). And you can reprogram the dollar (custom) key to perform other actions. These are currently: Ctrl-key, view notifications, switch keyboard language or a shift key.
[Click to enlarge]

The convenience key used to do one thing, but now does three, in three different contexts (such as locations). Your reporter misses the simplicity of having one button do one thing.
[Click to enlarge] 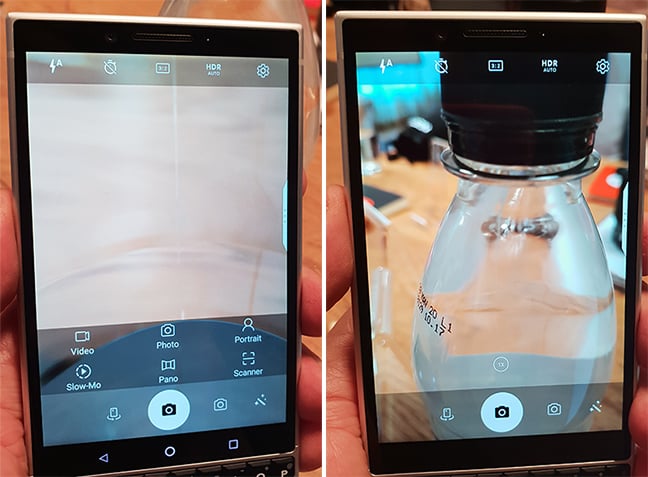 The camera adds some new modes 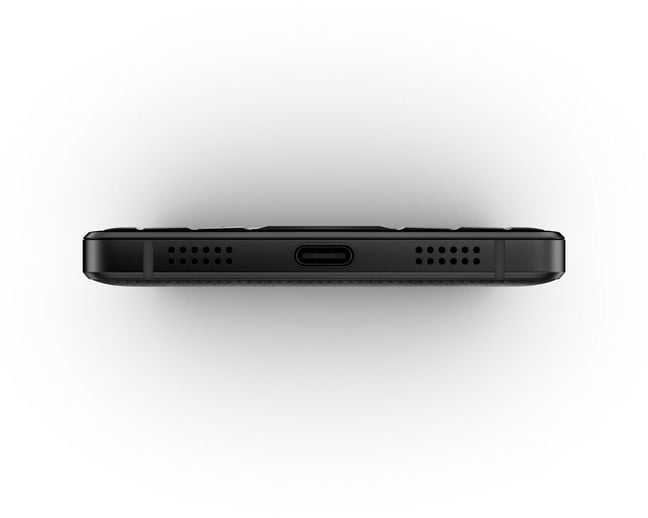 The Key2 joins 25 other phones as Android Enterprise Recommended.

Now for the price. And take a deep breath, because it has gone up.

The 6GB/64GB Key2 will cost £579 SIM free. Last year's 3GB/32GB KeyOne made its debut at £499. The only other phone that uses the Snapdragon 660 in Western markets is the Nokia 7 Plus, which RRPs at £349. So you do pay a premium for the physical QWERTY keyboard. BlackBerry execs told us that the KeyOne will continue to be sold, most likely at a reduced price. It's currently £449 at the company store or £349 at Carphone, or even less on Amazon.

The 6GB/64GB goes on sale at the end of June with the dual SIM-capable model following in early July, we're told. At least now the leading BlackBerry has a QWERTY keyboard that won't irk the purists. ®