The storage market was hot, hot, hot in the first quarter of this year – according to IDC's bean counters, who reckoned shipped capacity rose 79.1 per cent, year on year, to 98.8EB and revenues 34.4 per cent to $13bn. 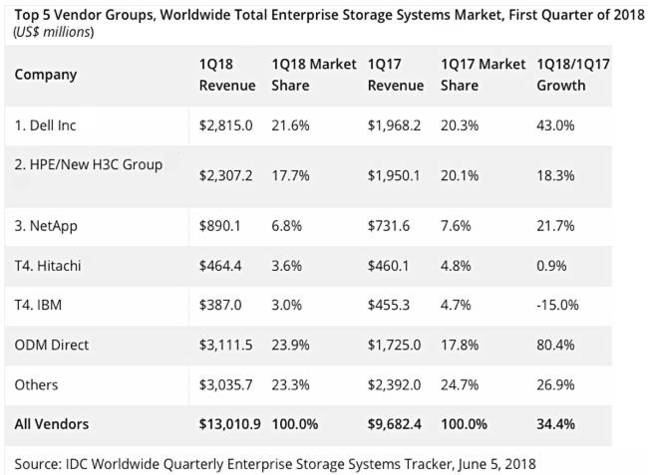 Just looking at external storage revenues – the attached SANs, filers, backup arrays, and object stores – Dell is by far the largest supplier with a 32.9 per cent revenue share of $2.06bn, more than twice second-placed NetApp's $890m and 14.2 per cent share. Dell grew at 44.6 per cent with NetApp managing 21.7 per cent. 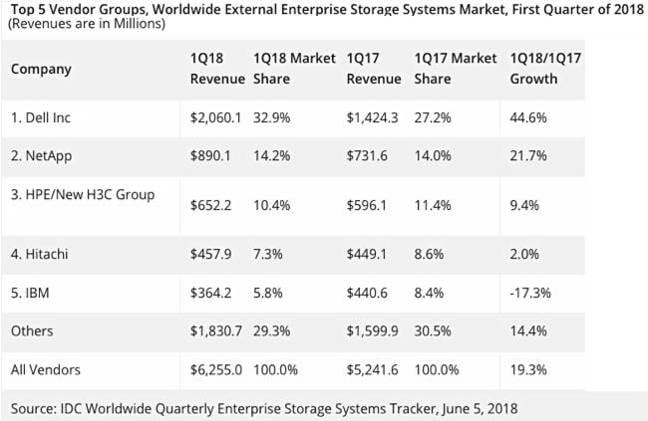 IDC's numbers show that the external market grew more slowly than the total storage market, showing the dominance of direct-attached storage in hyper-converged systems and in the hyperscaler storage buying.

Eric Sheppard, IDC's research veep for server and storage infrastructure, said: "This was a quarter of exceptional growth that can be attributed to multiple factors. Demand for public cloud resources and a global enterprise infrastructure refresh were two important drivers of new enterprise storage investments around the world."

The analysts noted the total all-flash array market generated $2.1bn in revenue during the quarter, up 54.7 per cent year over year. Aaron Rakers, a senior analyst at Wells Fargo, said all-flash storage sales surpassed disk-only external storage revenues for the first time in this quarter. ®