NetApp is adding application layers to its FlexPod stack, and developing a managed service version.

Now, FlexPod is going vertical, with the first app added to the stack being healthcare software Epic EHR. This is a suite of components that each lend themselves to various different FlexPod configurations, which can all be clustered together to form one coherent system. 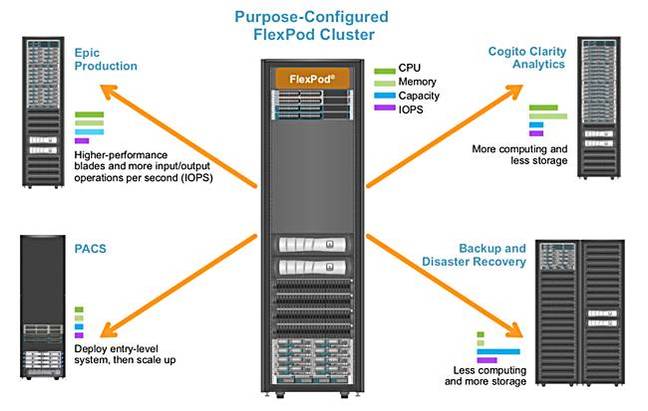 NetApp said there will be more applications layered onto FlexPods in the future.

To lessen the financial pain of buying FlexPod gear, customers can also pay as they go, with a managed service offering called a FlexPod Managed Private Cloud. The kit is sold worldwide by channel partners. The first ones are Dimension Data, ePlus, Proact, and Microland, with more coming.

Visitors to Cisco Live conference, in Orlando, Florida, USA, held between June 11 and 14 this year, can see the new FlexPod kit. ®