SAP: It’s all about cloud. Oh and blockchain, let's do that too 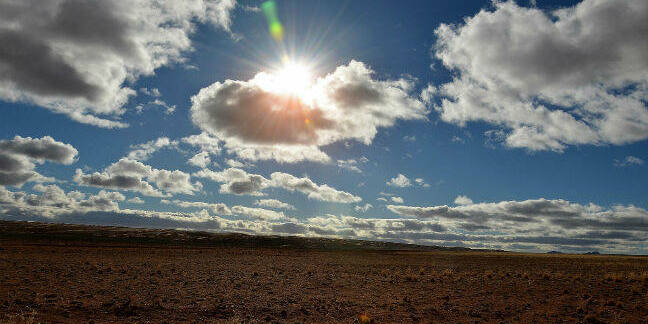 SAP has used its annual conference to announce plans to release a private cloud deployment with IBM Cloud, offer up blockchain-as-a-service and bolster its Leonardo tool kit.

The gabfest, held in Florida, US, this week, has seen the German ERP giant shift its focus to creating what it terms the "intelligent enterprise", while streamlining its CRM products and heavily plugging its cloud offering.

Much like every other vendor, SAP has been chasing cloud bookings in earnest, and last quarter posted €1bn-plus cloud revenues for the first time, with new cloud bookings – a key metric for the markets – growing 14 per cent year-on-year.

Of course, cloud is far from the bulk of its total revenues, which reached €5.3bn in the first quarter of 2018, and so the company is keen to get customers to take the leap and used its conference to tout its wares.

For instance, it announced it is working on an SAP Cloud Platform private edition with IBM Cloud, in a bid to win customers in regulated industries like banking or healthcare over to the cloud. This joint solution is expected in the next year.

During a cameo in the opening keynote session, Björn Goerke, SAP CTO and president for SAP Cloud Platform, also noted the firm's new Cloud Platform enterprise agreement. This allows customers to use any capability of the cloud platform under a single commercial contract based on consumption.

This, he said, gives users the flexibility to use services they need based on what it available without having to go back to an account exec to renegotiate.

The firm also announced further collaborations with Accenture, Capgemini and Deloitte in specific industries, which it hopes will drive adoption of its ERP suite S/4HANA Cloud, with a specific focus on sticking artificial intelligence and automation into the kit.

Similarly, SAP used the event to tout the various bells and whistles it offers on the cloud - leading with analytics and, of course, blockchain.

The firm is chasing a number of other legacy vendors like Oracle into offering the distributed ledger technology, with its SAP Cloud Platform blockchain-as-a-service.

It has remained agnostic on the tech, allowing them to choose the blockchain technologies they want - for instance Hyperledger Fabric or Multichain, and emphasised that it is to allow companies to experiment. The Blockchain-as-a-Service will offer companies the "lowest-risk gateway" to build their own solutions in the cloud, it said.

However, during a press and analyst briefing, SAP chief innovation officer Juergen Mueller acknowledged that blockchain was still a very early stage technology (although he unsurprisingly didn’t go so far as to say SAP’s decision to add it to its XaaS offerings was a matter of keeping up with the Joneses).

For instance, he said, the firm has kept blockchain development in its Innovation Centre Network, which is reserved for emerging tech that isn’t mainstreamed across the SAP portfolio.

For cloudy analytics, SAP said it had directly embedded SAP Analytics Cloud capabilities in its ERP suite S/4HANA Cloud, to allow them to plan, execute and analyse in the same system.

New features include a “search to insight” tool, which uses conversational AI to answer questions using natural language query, while the firm has added prebuilt content and business logic for about 20 other SAP products, including SAP SuccessFactors, Ariba and Hybris.

Meanwhile, the firm also pushed its SAP Leonardo toolkit, which offers customers access to pretty much any buzzword they fancy, and is being pitched as a critical component for the SAP Cloud Platform and the drive to “intelligent enterprise”

SAP has releases of new innovation kits - previously known as innovation accelerators - for Leonardo, in the retail, life science, manufacturing and automotive industries, and launched a partner service in a bid to boost the use of the toolkit, which will see 13 SAP partners push industry adoption through accelerator programmes.

Leonardo, launched at Sapphire Now last year, still has fairly low awareness in the user base - a survey of UK SAP User Group members found that 43 per cent didn’t know about it, and just 2 per cent had plans to use it.

But SAP execs have remained positive about its potential, and Mueller said that between SAP and its partners there are now about 400 use cases and scenarios, predicting that this time next year, this number would be in the four digits.

“We have a compelling set of capabilities, and it will only become richer and richer,” he said.

Darwin Deano of Deloitte, who was wheeled out on stage during the same session, said that customers’ questions about the kit had matured.

“Last year… the questions were, ‘Is it real? What do we do with it?’. It was about innovation on a pedestal,” he said. “Now it’s more about, ‘OK, I could deliver value right now’. The questions have matured, and there’s definitely a building of momentum.” ®