Chinese tech giant ZTE is back in business – plus or minus $1.4bn and its entire board

Mostly minus... as Republicans and Democrats seethe at deal 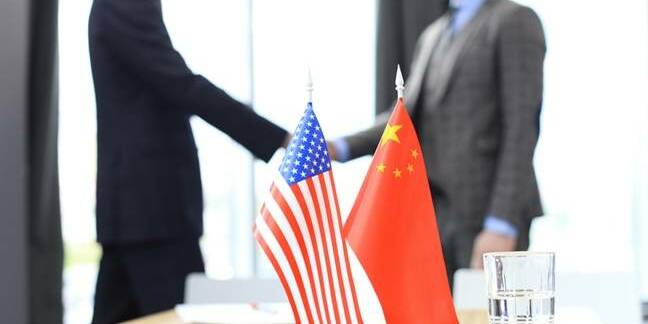 The US government will let ZTE use American-made electronics again, as the result of a settlement following the Chinese smartphone-maker exporting technology to Iran and North Korea.

The deal, announced on Thursday by Commerce Secretary Wilbur Ross, will require ZTE to cough up a $1bn fine, and place another $400m in escrow against any future fines. The entire management board must step down within 30 days, and the manufacturer will have to pay for a team of "special compliance coordinators" to monitor for further sanctions busting.

"BIS [the US government's Bureau of Industry and Security within the Department of Commerce] is imposing the largest penalty it has ever levied and requiring that ZTE adopt unprecedented compliance measures," said Secretary Ross in a statement.

"We will closely monitor ZTE's behavior. If they commit any further violations, we would again be able to deny them access to US technology as well as collect the additional $400m in escrow. The first settlement with ZTE set a record for civil and criminal penalties in an export control case. This new settlement agreement sets another record, and brings the total penalties assessed on ZTE to $2.29bn."

In May, ZTE announced it was ceasing operations following the imposition of a seven-year embargo against the use of American technology in its handsets, including Qualcomm-designed processors, Corning glass and potentially even Android licenses from Google.

The ban came as a result of ZTE failing to punish staff who sold kit featuring American technology to Iran and North Korea. Selling stuff containing US knowhow to the Axis of Evil is a big no-no. In an earlier settlement arising from that misstep, ZTE was supposed to give those responsible the heave-ho, but instead paid them bonuses. When this was discovered, US officials went ballistic – and activated the years-long embargo.

When those sanctions last month forced ZTE to halt its assembly lines, US President Donald Trump appeared to get all fired up over the issue, promising that he would sort it out to protect manufacturing jobs in China, er, no wait, America. Now some politicians are claiming that he pushed for a settlement for his own reasons.

"This deal is a loser for American security and a loser for American workers. The Trump administration is giving ZTE and China the green light to spy on Americans and sell our technology to North Korea and Iran, as long as it pays a fine that amounts to a tiny fraction of its revenue," said Senator Ron Wyden (D-OR).

"The president is making America less safe, creating jobs in China and securing nothing for American workers in return. The only question is whether this was the price of Ivanka's trademarks and the $500 million loan to an Indonesian Trump development."

There was anger, too, on the Republican side among those members who aren't particular fans of the current occupant of the White House, such as this missive from Senator Marco Rubio (R-FL), or Little Marco as President Trump likes to call him...

I assure you with 100% confidence that #ZTE is a much greater national security threat than steel from Argentina or Europe. #VeryBadDeal

There's no doubt that this is a serious fine for ZTE, a corp that made $716m in profit last year and lost $369m in 2016. Compared to the traditional slap on the wrist US companies get when they are caught breaking the law, the Chinese certainly haven't got off lightly.

On the other hand, this is the same ZTE that American and British officials have warned is a national security risk in the West due to its close ties with Beijing. The same ZTE that can now take US components for its gear. ®