Rising 3PAR dragged down by not so nimble Nimble

HPE's all-flash array market share slumped in the first 2018 quarter, and Pure Storage – something of a bellwether because of it was one of the original flash startups – saw its share shrink a tad too.

Both of them saw significant rises in revenue, however – along with the rest of the all-flashers – of 16.6 and 45.2 per cent respectively.

While it has been a bonanza quarter for storage generally, the total all-flash array market saw an uplift of 54.7 per cent year over year, raking in $2.1bn in revenue, according to analysts.

IDC gave HPE just 11.1 per cent market share versus 15 per cent a year ago – and it looks like Dell EMC, which jumped up to 34.2 per cent from 28 per cent in Q1 of the previous year, ate the difference and more.

Here are the showings of the other vendors:

Here are the other available product and vendor ship numbers: 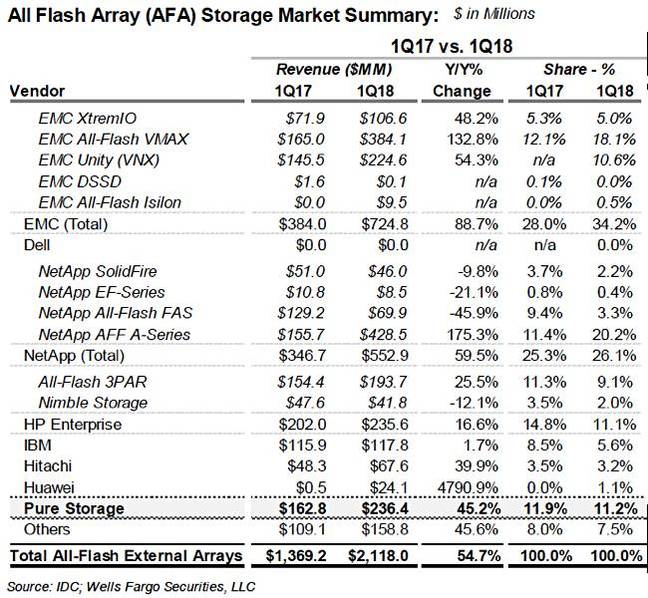