Interview Open source had a moral purpose when it was fighting "The Borg", Microsoft, in the 1990s, but then it fell from view. You could say it has found its mojo again, only this time it is about loosening the grip of companies built on ever more intrusive personal data processing: Google and Facebook. One of the biggest but most promising challenges is creating an Android free of Google's data-slurping.

Four years ago there were four mobile platforms, but since Microsoft and BlackBerry withdrew, it's a duopoly of Apple and Google.

The creation of a new third platform – a Google-free Android – now looks feasible, given the Great Unbundling the European Commission is likely to order. But someone has to build the damn thing – and it's going to be a mammoth task.

Meet the open sorcerers who have vowed to make Facebook history

But that's what's motivating Gäel Duval, the Frenchman who created Mandrake Linux two decades ago and has now set about creating an open-source platform for phones: eelo. For both privacy and security, users need it, he argues.

"I'm not happy because Google has become too big and is tracking us by catching a lot of information about what we do. They want to know us as much as possible to sell advertising," he wrote late last year. "I think that, in the long run, Apple, Google, Facebook etc business models are harmful for our economical and social environments."

In January, Duval set about raising funds for the eelo project, using Indiegogo.

Although Android is nominally open source, the useful parts are in proprietary binary middleware owned by Google. It's Google's distribution and administration of this binary blob, GMS, that attracted the European Commission's attention. The blob presents APIs and services that developers need.

Through licensing agreements and third-party compatibility tests*, Google ensures that the user sees Google services where possible, and apps use Google services. So Google's grip is really twofold: commercial – through the MADA contracts, which insist on the inclusion and prominent placement of Google apps – and technical, through the compatibility tests. Untangling all of this won't be easy. 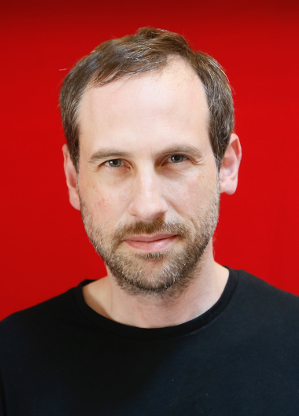 But it can be done. Many millions of Google-free AOSP Android phones run in China, but this requires familiar and trusted services and apps: WeChat and Alibaba are platforms in their own right. However, these took many years, and the unique opportunity of a virgin market.

Nevertheless, Duval told us he's encouraged by the response. "Offering a credible and attractive alternative to Google is a huge task: Google is everywhere in Android. We really want to offer something that Mom and Dad will like to use. Something that will be straightforward, like in an iPhone.

"Basically, what we have now is infrastructure to customize and build (compile) an Android ROM with with our developments. Regarding the eelo OS itself, we now have something that works, with a new UI, no more Google services, and we're starting to add support for alternative services for email, online storage.

"What I want to say is that we are development as few components as possible. We're trying to reuse existing stuff as much as possible and we're trying to add some user experience consistency."

The initial milestone of the project, being developed on a LeEco Le2, was to create an open-source Android launcher, a choice Duval made because "the UI is key for adoption". But beyond that is a vision of cloud services and an eelo app store. Given how difficult it is to get noticed in the Google Play Store, that could attract some developers.

MicroG is an open-source replacement for Google Services, Duval explains. This is a project that spoofs Google Play Services and reroutes the calls to other, non-Google interfaces.

However, it's a constantly moving target. Duval notes that recently Google introduced new detection measures to sniff out the phones.

"Google recently announced a new 'features' for mobile software publishers: if the software vendor integrates it, then, when the application is launching, it can detect if the Android flavour is an 'official' version, approved by Google."

He's referring to something called the SafetyNet Attestation API, which checks if the device has been rooted (Google Pay will not run on a rooted phone). Magisk software can help, but it's going to be a perpetual game of cat and mouse. Just this week, for example, Google restricted the gateway used by theme engines on non-rooted phones (OMS) so only phone makers can access it, not developers.

"I'd like us to join forces with Librem/PureOS, KDE," he told us, and to look at phone OEMs.

Then there's the political aspect. Duval says he's aware after speaking to phone-makers how deeply embedded Google is into Android. "A few of them told me they were totally locked in with Google contracts.

"I'm inviting any smartphone maker who would like to offer an alternative to Apple and Google to consider the eelo OS."

Where oh where to begin?

The scale of the task looks like a completely forlorn hope. But it isn't quite hopeless. China's brush with Trump over his treatment of state-owned telco ZTE has left some tech leaders keen on independence. 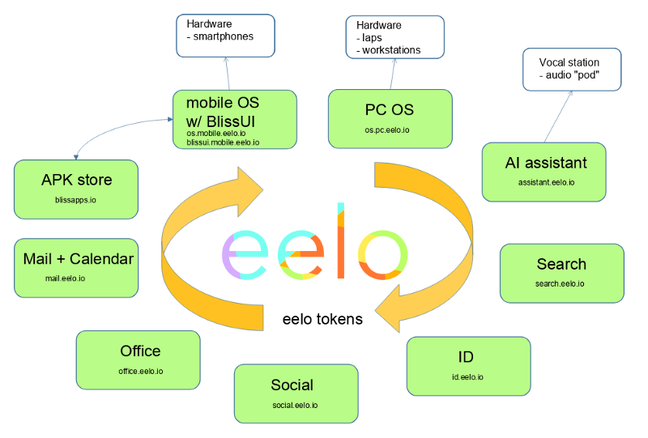 "The recent ZTE incident made us see clearly that no matter how advanced our mobile payment is, without mobile devices, without microchips and operating systems, we can't compete competently," TenCent CEO Pony Ma said recently. ZTE faced the loss of its Android licence, although this threat has receded.

Duval told us: "India is looking for something too."

And the European Commission's focus on Android has come from wanting to nurture jobs in European apps and services, which must compete on what they perceive as a sloped playing field.

Two other factors give a challenger some hope. Phone users don't seem so loyal, or dependent on mobile apps as they do on the desktop. And Android users spend less on apps than iPhone users, so may consider an Android-to-Android switch as much less daunting.

Set against that, of course, is Google's enormous brand loyalty. It's still second on the Interbrand global brand index, behind Apple. If consumers see free Google services as good value, and don't care about privacy, then they consider a Google Android phone a great deal.

And Duval isn't alone in wanting to untangle Google and Facebook from our lives, and replace it with open source. There's the ongoing work by Open Xchange to replace Facebook's communications functionality with open protocols and a distributed network. And put open source on wearables so Google doesn't collect your health data.

Duval is aiming to open the source in the autumn and reach a version 1.0 milestone in late 2018 or early next year. You can read more here, and see the IndieGogo page here. ®

"We are using compatibility as a club to make [OEMs] do things we want," one Google executive famously wrote.