Universal Credit has never delivered bang for buck, but now there's no turning back – watchdog 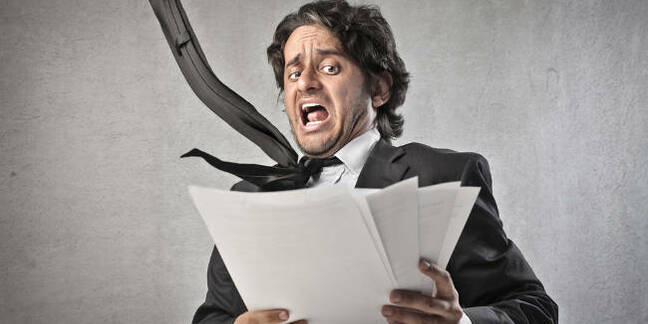 The UK government's embattled Universal Credit programme hasn't delivered value for money and has caused some claimants hardship but is now so embedded there is no alternative but to plough on, the National Audit Office has said.

In a damning report published today, the spending watchdog questioned whether the disastrous programme, which has cost £1.9bn to date, would ever deliver value for money.

Work began on Universal Credit – designed to replace six separate means-tested benefits and cut annual admin costs by £99m – in 2010, but the project was beset with technical issues from the outset and had to be entirely reset in 2013.

The government then took a twin-track approach, developing a long-term digital "full service" with improved functionality over many years, while rolling out a so-called live service based on work done by external developers to date.

The Department for Work and Pensions took an agile approach, meaning it could adjust its plans – but the NAO said incorporating such changes meant it had to delay or slow down the rollout.

The project is now years behind schedule, with not even 10 per cent of claimants having been transferred. Full completion – including migrating all legacy claimants on to the programme – was set for October 2017, but has been pushed back to March 2023. Repeated delays mean that rollout of the full service to all job centres isn't due to happen until the end of this year.

Meanwhile, the NAO noted that the DWP is using its agile approach as a reason not to set smaller milestones for delivering automation and the remaining functionality the project promised.

Initially, functions like payment calculation, appointment booking and management of advances should have been fully automated by the start of national rollout of the full service, the NAO said.

"Much of the remaining development time will be spent replacing manual processes and achieving the automation required," it said.

"The Department has not set out future milestones for delivering this automation and the remaining functionality. It believes this is in line with its agile approach and it does not need to tie down delivery dates for the system in this way."

The NAO added that the DWP still has a lot to do to improve the UC systems, saying that many processes are still "manual and inefficient", taking particular aim at the government's identity check tool Verify.

The department had "significantly overestimated" the number of claimants that would be able to use it, the report said, as just 38 per cent succeeded, compared with the expected 90 per cent. It added that the government estimated the manual verification processes it will now have to use could cost £40m over 10 years.

However, the NAO said it had few other options, as its incremental approach required the DWP to make a series of changes to its digital systems, working practices and job centres that cannot be unpicked.

"It would be both complex and expensive to revert to legacy benefits at this stage," the NAO said. "The Department does not have a realistic alternative but to continue."

The report also criticises the department's attitude towards claimants, many of whom have reported difficulties using the system, while one in five don't receive payments on time. In 2017 alone there were 113,000 late payments.

"The Department has not shown sufficient sensitivity towards some claimants and that it does not know how many claimants are having problems with the programme or have suffered hardship," the NAO said.

Among the NAO's recommendations are to formally assesses the readiness of automation and digital systems to support increased caseloads before attempting to migrate claimants, improve the tracking and transparency of progress, and collect better feedback and evidence on how it is working in practice.

Despite this, the watchdog is clear that the chances of the project delivering value for money are low, saying that it "cannot be certain that Universal Credit will ever be cheaper to administer than the benefits it replaces".

Commenting on the report, Meg Hillier, chair of the Public Accounts Committee, described the rollout of Universal Credit as "one long catalogue of delay with huge impact on people's lives".

"DWP needs to wake up and understand what is going so wrong before future claimants share a similar fate." ®

The dept's wide spectrum of users is... well, problematic

Guess who's working on a health data-slurping digital tool? Bzzt! Nope, it's the UK Department for Work and Pensions

Anyone here keen to build tool to get 'right support' for sick, disabled?