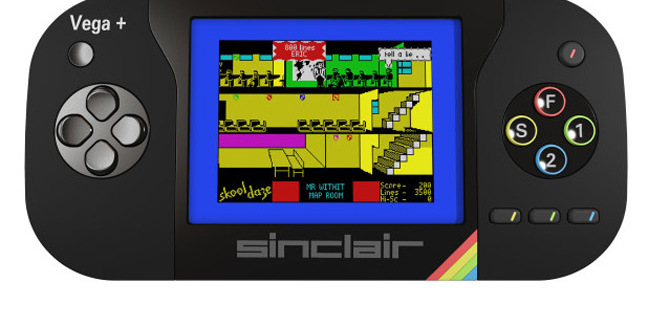 A key shareholders' meeting has been adjourned, prolonging the Retro Computers Ltd ZX Spectrum Vega+ saga for another fortnight.

On Monday the company's four shareholders met to debate a motion brought by two of their number, Paul Andrews and Chris Smith, over whether to dismiss the company's current board of directors.

The meeting took place against the backdrop of the Vega+ saga, which regular readers know started in 2016 when RCL took £513,000 from 4,700 members of the public to produce the ZX Spectrum-themed Vega+ handheld gaming console. Two years later, the firm has still failed to show a picture of the finished item, let alone deliver it to customers.

After the meeting had adjourned, Andrews told The Register: "The meeting was adjourned for two weeks, in which time undecided shareholders can come to a decision. I cannot say more than that."

The Register is aware that RCL's shares are equally divided between Levy, Andrews, Smith and SRL.

With Andrews and Smith supporting a motion for the dismissal of the current directors and Levy naturally opposing it, that leaves the one crucial vote of SRL, as discussed previously. From yesterday's two-week adjournment any onlooker might surmise that SRL's vote is the sticking point. None present at the meeting would tell El Reg details of what was discussed or the reason for the adjournment.

At this stage RCL's current management has stopped providing updates to its Indiegogo page, which was once regularly refreshed with news of imminent delivery deadlines, the repeated breaking of which prompted the crowdfunding platform to start sending them lawyers' letters asking to be reimbursed.

The company's bank account had gone overdrawn half a dozen times between March 2016 and June 2017 despite Indiegogo happily passing hundreds of thousands of pounds to the firm during that period. Its liabilities are mounting – so far 355 RCL backers who paid for a Vega+ have signed a petition asking for a refund, with the total at just over £40,000 at the time of writing. Indiegogo has specifically told RCL that it must refund its customers on demand. Why is this not being done?

Former RCL contractor Lee Fogarty has now gone ahead with the legal action he threatened back in March over allegedly unpaid invoices for building and maintaining the company website.

The Register has seen a copy of his claim form, in which he claimed Martin "insisted that RCL owns all software written by Creative Spectrum (and developed by myself over a period of 10 years), and demanded a full copy of all the source code".

He also alleged in the claim that RCL's online shop, hosted on its own website, "took around £4,500 in sales before I shut the sites down in September 2017", as well as saying Martin "started screaming at me" when he tried to terminate his relationship with the firm.

Fogarty's total claim is for £870.15, a sum that includes £200 for "dealing with hacking and false fraud allegations".

The County Court Business Centre at Northampton confirmed to The Register this morning that the claim was issued yesterday and no defence has yet been filed. ®