Microsoft has given Windows developers a helping hand by releasing a new UI recorder.

“Though Inspect serves its intended purpose of viewing accessibility data, it falls behind when it comes to supporting scenarios specifically for UI automation, such as being able to generate XPath queries.”

Hence the UI Recorder retrieves XPath expressions when the developer views an element; and, when it's in recorder mode, it will generate C# code for actions such as a mouse click.

Naturally enough, the captured code is copyable, so you can paste it into templates for replay.

Uraizee posted this image by way of explanation: 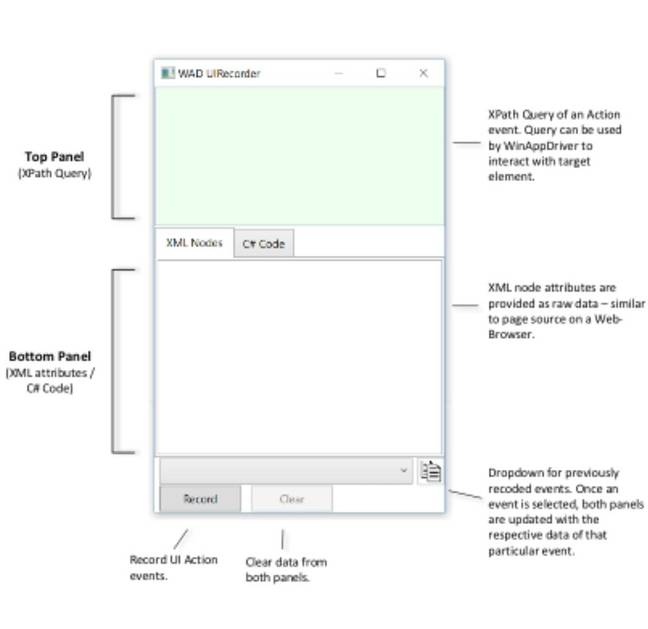 Since the image resolution isn't fabulous:

As well as the source code, the GitHub repo includes a zipped executable of UI Recorder. ®

Hmm, anything happening in the world at the moment?

Should we be worried?