The archive box fits alongside its all-flash P-Series and hybrid flash+disk QC filers. All three run its Qumulo File Fabric (QF2) software as does its EC2 implementation in AWS and data can be continuously replicated to, from and between its on-premises and in-cloud clusters

The data sheet declares: "A minimum six-node cluster performs reads at 2.4GB/sec. Performance increases linearly with each node you add. For example, a twenty node configuration has an impressive 8GB/sec read performance. You can achieve read throughput of 30GB/sec in a single rack."

But that is not linear. The 6 and 20-node setups are rated at 0.4GB/sec per node while to get 30GB/sec from a rack means 0.71GB/sec with 42 nodes and 0.75GB/sec with 40. We have asked Qumulo about this implied inconsistency. 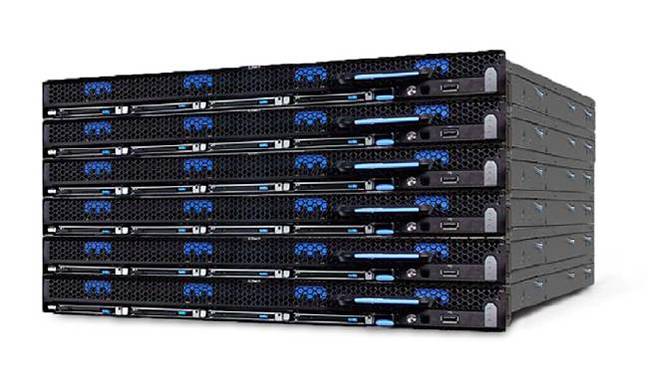 Dell EMC's Isilon scale-out filer range includes the A200 and A2000 archive systems.

The Isilon boxes also have deduplication.

Qumulo claims its Nearline Archive is "the first scale-out storage solution to use high density 12TB drives and system-on-a-chip to provide unprecedented performance and economics". It hasn't provided any pricing information.