For seven years, Tim Cowen was head of BT's competition and regulatory public policy group, dealing with government threats to the telco monopoly. He's now a partner at law firm Prieskel, and passionately advocates a more active policy to break up big interests. And none come bigger than Google and Facebook.

This week think tank Respublica published a set of recommendations authored by Cowen and Philip Blond, with the imprimatur of Will Hutton.

"The risk to well-being and economic and personal freedom for many people, cannot be overstated," say the authors, who have ten recommendations.

One discussed here often is that "consumer welfare" (aka low prices) isn't a sufficient test of harm. Over the past four decades US authorities have largely considered that if prices are falling, punters aren't being harmed. However, Google and Facebook have accrued huge data businesses by giving away services for free. If consumer welfare is the only test – as it largely is in the US, not so much in Europe or Asia – then markets never have a chance to develop, the authors claim.

"People think Big Tech equals free products. The major tech players simply pursue 'kill in the crib' strategies, buying out the most viable competitors in their infancy – before they can grow to a size and scale that would challenge the incumbents," Cowen and Blond argue. "The net loss is the denial of all the other multiple centres of innovation and development whose products will never see the light of day. Market concentration, as we will argue, markedly reduces innovation and dramatically narrows the options for consumers."

Advocates believe the PC revolution was able to develop because IBM was under a Consent Decree, which forced IBM to unbundle software from hardware. Later, mindful of the competition authorities, IBM allowed the 1981 PC to be an open system and had to face new competition. For example, Seagate was started by Al Shugart, head of IBM's disk storage products, which was Big Blue's most profitable division. 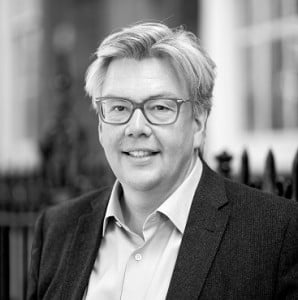 In addition, all that free stuff gives people a feudalist mind set, Cowen told us. Competition authorities should "not accept that the market mechanism has failed and something else should be tried entirely. Rather, it demonstrates that the market has not been allowed to work as it should, and how it could.

"We need faster, savvier interventions by competition authorities who understand the economics and dynamics of the digital economy, and who put innovation first, rather than continuing with outmoded short-term views of consumer welfare."

Another recommendation is calling time on some of the unique privileges the giant platforms enjoy. For example, Facebook does something that looks a lot like publishing, but doesn't want to be a thought of as a publisher. Google has argued it does not do journalism. Er, except when it does.

The authors of the Respublica report do not recommend reintroducing the "public interest test", something that EU law frowns upon, considering it as an excuse for protectionism. But they do think other factors should be considered.

The merger systems should be tweaked to consider thresholds, they say. Smaller businesses should be encouraged to obtain safe harbour protection under CMA guidelines. Most intriguingly – as it's a long-time issue for your reporter – is that ownership should be clearly established, "enabling end users to trade their data".

Given the criticisms of "hipster antitrust", we let Cowen explain.

Next page: It's not OK to be a monopolist
Page: