Something to fire up PyTorch fans, Facebook emits code for analyzing human poses, and more

Including: Microsoft hoovers up Bonsai startup 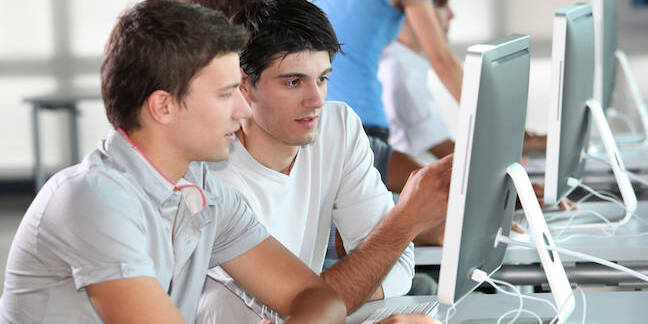 Roundup Hi, here are a few announcements in the AI world from this week. Read on to find out what's happening with PyTorch, which startup Microsoft just bought, and who won OpenAI's Sonic challenge.

Developers can now write their scripts in PyTorch and submit them to Amazon SageMaker to handle the data, training across multiple clusters, and tune hyperparameters in deep learning.

That’s not the only good news for PyTorch users. An AI researcher also said that Facebook have been working on a prototype to get PyTorch support for Google’s TPU chips, which currently optimise for TensorFlow models only.

Microsoft snaps up AI startup: Redmond announced it had acquired Bonsai, a startup that builds tools for engineers with little experience in machine learning how to use AI.

Bonsai is focused in deep reinforcement learning and is aimed at enterprises looking to automate industrial processes, robotics, manufacturing and autonomous systems. Microsoft did not reveal how much the deal was worth.

Bonsai’s platform will be incorporated into a ‘toolchain’. “This toolchain will compose with Azure Machine Learning running on the Azure Cloud with GPUs and Brainwave, and models built with it will be deployed and managed in Azure IoT, giving Microsoft an end-to-end solution for building, operating and enhancing “brains” for autonomous systems,” according to a blog post.

OpenAI’s Sonic results: Sonic the Hedgehog, the Sega classic, is a good challenge for AI agents to master, according to the latest results from an OpenAI competition.

OpenAI challenged developers to enter their best AI bots to play Sonic in April, and the winning team achieved a score of 4,692 out of a possible 10,000.

“These results provide validation that our Sonic benchmark is a good problem for the community to double down on: the winning solutions are general machine learning approaches rather than competition-specific hacks, suggesting that one can’t cheat through this problem,” according to a blog post.

It looks like the best technique comes from optimizing the reinforcement learning algorithms: OpenAI’s Proximal Policy Optimization and DeepMind’s Rainbow.

Over 900 teams registered for the competition, 229 submitted results. The winning team nicknamed Dharmaraja is made up of six engineers from China, some work at Alibaba’s search department and the University of Nanjing.

Facebook open sources DensePose model: The code for Facebook’s DensePose model, a system that maps all the pixels belonging to human bodies in images and converts it into a 3D representation is now available.

Pose estimation seems to be the hot new thing in AI. Experts warned that it could potentially be abused for surveillance purposes - and they were right. A drone system was built to, supposedly, pick out signs of violent behavior by analyzing the movements of humans on the ground below.

A week later, researchers from MIT showed it was possible to track the movements of humans hidden behind walls by processing radio signals reflected off their bodies.

Heck, even Apple has a paper on this too. Researchers call their model “Global Pose Estimation”, and it’s based on a recurrent network.

Jack Clark, strategy and communications director at OpenAI, previously told The Register that he believed commercially available drones could in the future be reprogrammed using "off-the-shelf software, such as open-source pre-trained models," to create “machines of terror.”

But Amarjot Singh, a researcher who built the Drone Surveillance System, previously told El Reg he was less worried about its impacts. “Buying the drone is indeed easy but designing an algorithm which can identify the violent individuals requires certain expertise related to designing deep systems which are not easy to acquire. I don't think that these systems are easy to implement," he said. ®