It's getting more and more Azure'd: For Microsoft, sorry seems to be the hardest word 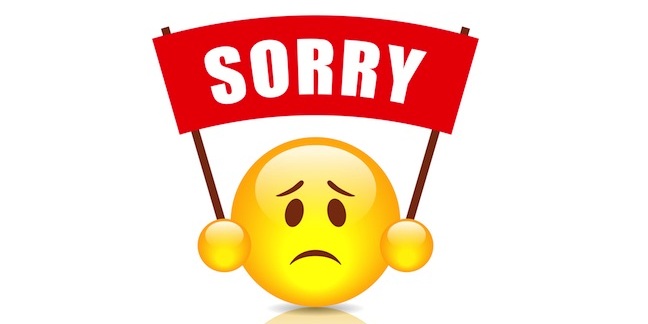 Microsoft had a week of acquisitions, almost-apologies and Azure absenteeism as 2018 ground to its halfway point.

Azure in Northern Europe popped out for a quick drink on Tuesday evening, turning into a colossal bender as the cloudy service went down and stayed down. Unusually warm weather in Ireland was blamed for the failure.

The bad news bus kept on rolling as Microsoft was dragged into the furore over the US Immigration and Customs Enforcement (ICE) agency splitting up families. An attempt to rewrite history and a howl of outrage from employees led to CEO Satya Nadella emitting an email assuring staff that, hey, it's only legacy email and stuff. Actually cancelling the offending contract wasn't mentioned.

Bonsai bought, Flipgrid flips into the arms of Redmond

Microsoft's acquisition frenzy continued as it snapped up California-based AI upstart Bonsai in order to grab its machine-learning tech. Having failed to catch the mobile wave, Redmond has no intention of missing the boat when it comes to AI. The doors to its machine-learning lab were flung open last week with a host of beginner projects made available in the hope of enticing developers to Microsoft's world.

Redmond's purse popped open once more for Flipgrid. Described as "Snapchat for the classroom" by one US associate principal, the service allows an educator to set a topic and have students respond to it with video clips or documents. The whole process resembles a social media platform, just without trolls lurking around every virtual corner.

By cutting the previous $1,000 per school price to zero (and refunding those who had already paid), Microsoft hopes to stem the tide of competing services from the likes of Google, with tomorrow's adults getting familiar with Redmond's wares while still in short trousers thanks to Flipgrid's Teams and Office 365 integration.

VR excised from Xbox One X

Its been a tough week for Microsoft VR fans. With the sales of headsets down, according to IDC, Microsoft has, for now, quietly abandoned plans to allow Xbox One X users to don their own idiot visor, reports suggested. While vendors hope for a rebound thanks to standalone devices such as the Oculus Go, Microsoft fans will have to remain content with Windows Mixed Reality gear.

In a move also likely aimed at directing tomorrow's developers to Microsoft's platforms while still in class, freshly acquired GitHub made its "GitHub Education" package free. The code platform has been free for individual students for years, but required a fee for deployment over an entire educational organisation.

There are, however, some catches. Schools keen to grab the freebie will need to offer GitHub to all technical departments, allow GitHub to use their logo on its website, receive GitHub announcements and finally place one person per department on GitHub's teacher-training programme.

While its Northern Europe cloud was struggling to get back on its feet, Microsoft announced an additional two data centre regions in Norway – one in Oslo and one in the Stavanger region. Users will get to experience the joy of Azure from these locations in late 2019, with Office 365 and Dynamics 365 following soon after.

Torbjørn Røe Isaksen, Norwegian minister of Trade and Industry, was chuffed with the announcement, professing himself "pleased to see Microsoft's commitment to our country with this new data centre".

Businesses bound by local and regional regulations regarding data storage will also be happy to have more region options – Azure now has more than 52 of the things announced (if not all live) around the globe.

If only they could stay up when the weather gets a bit... unusual.

Bing Visual Search arrives on iOS and Android. Not Windows Phone, of course

Finally, the dwindling group of Windows Phone users, saddened by the departure of Slack from the platform, were further disappointed to see Bing Visual Search making an appearance everywhere except Microsoft's own mobile platform.

The functionality, available in the Bing app and the Microsoft Launcher (Android only), allows the user to snap an image and then search with it – for example, getting more details about a particularly interesting bit of architecture, or finding out where to buy an item of clothing spotted in the street without the need to actually talk to a stranger. The function also hit the Edge browser for Android and is "coming soon" to Edge for iOS.

It's very much a "me too" function. Google does something very similar with its Lens on the Pixel 2. During the Google I/O conference in May, it was announced that Lens would spread to the camera app in more Android phones over the coming year. ®