£13m thing aims to get newbies playing with the big boys 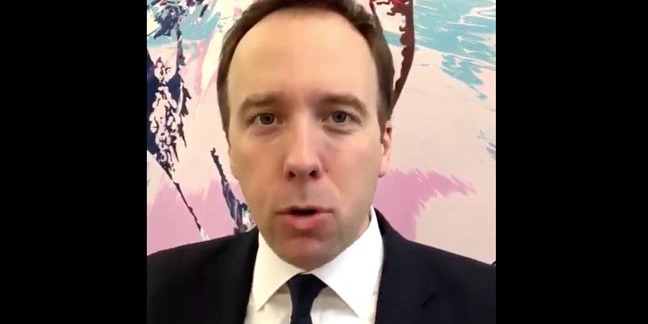 Matt Hancock, the only UK government minister to have his own social networking app, opened a £13m London infosec creche this morning.

The Minister of Fun cut the ribbon on the London Office for Rapid Cybersecurity Advancement, which styles itself LORCA – though any connection with the early 20th century Spanish poet and playwright appears to be purely accidental.

"It's fantastic to open this new centre where some of our most talented entrepreneurs and innovative companies will develop the cyber security technology of tomorrow. This will boost London's booming tech sector and benefit businesses across the country," said Hancock, formally known as the Secretary of State for Culture, Media, Sport and Digital – y'know, the "fun" stuff.

The point of LORCA is to act as a tech creche; that is, one of these government-funded initiatives that will "help some of the UK's brightest cyber security stars across all stages of growth address business challenges and achieve greater impact with their innovative solutions," as they put it.

A firm called Plexal, which we are informed "specialises in helping high-tech startups in AI" will run LORCA, aiding both UK.gov and Lloyds Bank. The latter is said to be stumping up some of its own cash specifically to talent-spot financial security SMEs.

LORCA also wants to tell the world that an online survey it commissioned of 500 people who promised that they were "C-level executives" found half of them said their firms don't have a formal protocol for handling cyber attacks.

In addition, 70 per cent of those people said their firms hadn't bought "a cyber security solution from a startup company or SME in the last two years", something that appeared to surprise or worry the authors of LORCA's statement.

Some of the upstarts that LORCA has already inducted into its creche include one called B-Secur that focuses on "using biometric heartbeat as an authentication solution, as well as in other applications including health and wellbeing".

It is also sponsoring an age-verification startup, an IoT security firm and an AI-powered thing that "immediately identifies dangerous attacks", among others. ®