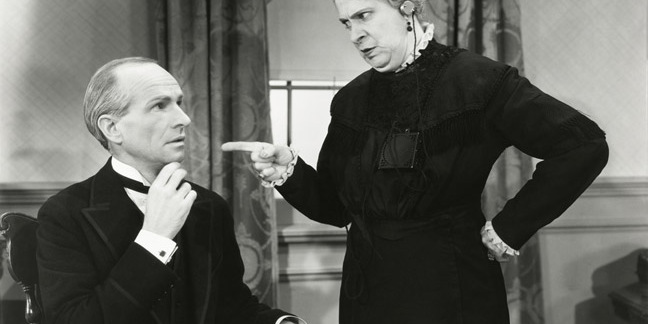 Domain registrar Namecheap has admitted that some of its customers have been unable transfer and register web domains – yet passed the buck to its supplier Enom.

The issues have affected certain .co.uk, .uk or .de domains – and exasperated users reported having to pay Nominet, the overseer of dot-uk domains, fees in order to get back web addresses they had attempted to transfer.

As one reader – who asked to remain anonymous – told El Reg, the situation meant customers had changed the IPS-TAG at their current registrar, then realized they couldn't transfer the domain, leaving it in limbo.

"The original registrar rightly cannot control it and as Namecheap can't control it either, the end user has to go cap in hand to Nominet and pay a £12 ransom to change the IPS-TAG a second time back to their original supplier," the punter said.

This situation is a joke, guys. Any reputable domain registrar should be able to deal with UK domain names. Why are you having problems when others aren't? I'm being left with @nominet fees to pay for changing tags for domains you can no longer access.

However, Namecheap said that its hands were tied, and directed the ire to its own supplier. In an emailed statement, the registrar, based in Los Angeles in America, said:

We were expecting the problems to be resolved right away by Enom.com, the registrar we have been re-selling a small number of ccTLDs [country code top-level domains] with, and trusted for the last 18 years. However, they did not fix the issues in a responsible or timely manner and, quite frankly, left us and our customers affected by this in a very difficult situation. They stopped responding to us other than what they have posted at https://enomstatus.com/.

For its part, Enom's status page has detailed the issues under the heading "GDPR implementation", although it isn't clear how Europe's General Data Protection Regulation is at fault for this specific issue. (When we asked a friendly lawyer, they responded: "Sod knows.")

Namecheap said it couldn't answer for Enom on that matter, and Enom – which did indeed take a couple of days to respond to our inquiries – declined to answer that question.

Instead it said: "We are actively working with Namecheap to see that the issue is resolved. At this time, we have no further commentary on their criticisms – we're focused on working with them to fix the problem."

It seems that the supplier has managed to iron out some of the issues. The relevant page claims the problems have been "resolved", but adds: "Domain pushes are still failing intermittently and some ccTLDs still can not be transferred in at this time. We will continue to update customers via the support requests sent in."

Meanwhile, Namecheap said it had decided to shut down transfers for all domains with the affected extensions, and was in the process of finalising its own implementation for these TLDs.

"Once that is complete we will offer free domain name transfers to our own accreditation, and bear any costs recently received by all those impacted," the firm said.

However, the damage may have already been done, as some customers said on social media that they planned to take their business elsewhere... ®

Yet another reason moving from GoDaddy to @namecheap was a really bad decision.
Now they can't support .co.uk transfers into Namecheap!?

Didn't even bother to tell their customers.

.UK domains left at risk of theft in Enom blunder

Updated How someone was able to buy bloomberg.market and, er, move the market

Search, done. Ads, done. What next for Google? Domain registration

What? This surprises you?

Some journos briefly taken in by the elaborate hoax