It's a 6Gbit/s SATA SSD in a 2.5-inch form factor, with capacities ranging from 250GB, through 500GB and 1TB, up to 2TB. The performance claims up to 90,000 random read IOPS, 540MB/sec sequential read and 520MB/sec sequential write. Seagate has not revealed random write IOPS.

These are on a par with Seagate's Nytro 141 SSD, introduced a year ago, with the same 6gig SATA interface, TLC (3bits/cell) 3D NAND and capacities up to 1TB.

We might assume Seagate's supplier has bumped up the 3D NAND layer count to double the capacity.

The Nytro 141 did up to 92,000/88,000 random read/write IOPS, which seems respectable enough and not much skewed in favour of reads over writes. We wouldn't expect the Barracuda SSD to be much different. 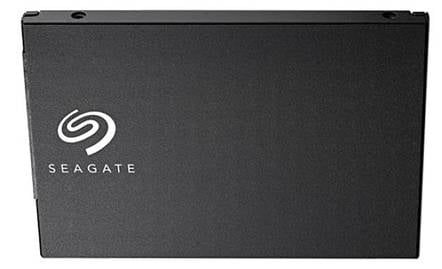 It has 1.8-million-hour mean time between failures, a useful increase on the Nytro 141's 1.5 million hours, and an ultra-low power mode.

Seagate said it will become generally available in September.

A fairly uninformative data sheet can be found here (PDF). ®