Principal Architect Matt Schmitt blogged that the new efforts are all about bandwidth – in particular, bandwidth for cable operators moving to fibre access networks.

At the moment, Schmitt wrote, those operators are deploying wavelength division multiplexed (WDM) 10 Gbps upstream links, but they're running out of fibres and wavelengths.

CableLabs hopes that standardising these aspects of the network will increase vendors' ability to scale their products, reducing the cost for network operators.

One of the good things about all this, Schmitt notes, is that coherent optics isn't a brand-new technology – it's been around in long-distance networks for years.

“What is new is applying it to the access network and realising that by optimising this technology for these shorter distances, we could dramatically reduce the cost of the technology”, he continued.

The technology should also simplify networks, as shown in the “before” and “after” images below. 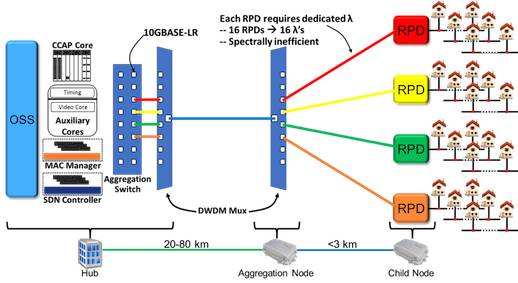 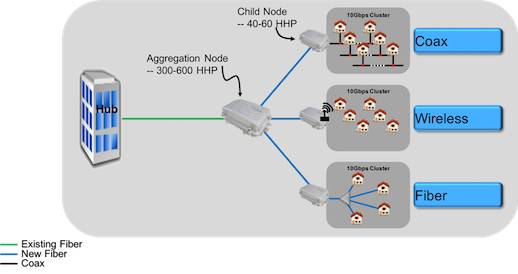 The result, Schmitt writes, is that “before, a 40 channel fibre network could have a capacity of 400 Gbps, now it’ll be 4 Terabits per second, a full order of magnitude increase.” ®