Redmond filings hint at portable computer for the less flush 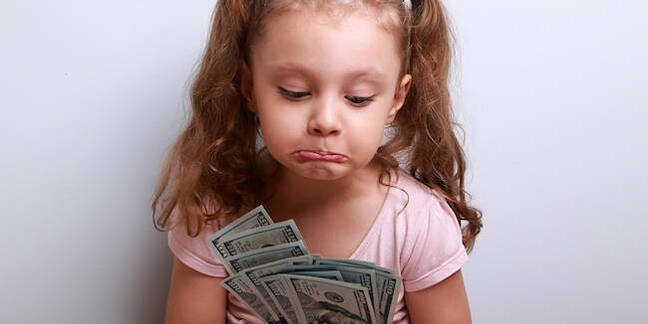 Microsoft fans hoping to sate their desire for a Surface device without selling a non-vital organ to fund it may have taken a step closer to realising their dreams this week.

German hardware site WinFuture spotted a filing made by Microsoft with the US Federal Communications Commission (FCC) that pointed towards new hardware. The documentation lurking on the FCC site references a "Portable Computing Device" featuring Windows 10 Pro and is given the mystery model number 1824.

The FCC also has imagery showing the external and internals of the device, but those are safely locked away until the end of the year, pointing to a release likely in the next few months (assuming anything is indeed going to be released – a filing does not guarantee shiny toys).

Rumours of a cheapo Surface first popped up back in May with mutterings that a $400 computer was in the offing, which, according to Bloomberg's Dina Bass and Mark Gurman, would be "about 20 per cent lighter" but would suffer "four hours fewer of battery life". The FCC filings reference a 7.66V battery, which fits the bill.

Microsoft watchers hoping for a frugal Arm chipset in the new device to make the most of the limited power may be disappointed. An unnamed source within Microsoft told WinFuture that Intel hardware would be the order of the day, most likely the Intel Pentium Silver SoC N5000, a relatively new chip with four cores and the Gemini Lake architecture. The 1.10GHz base frequency won't set any speed records, but it will be considerably cheaper than the silicon in Microsoft's Pro range of Surfaces.

Speedier versions of the Pentium range may also make an appearance and the six Watts dissipated by the chips would mean a properly fanless design is possible – something essential in anything aimed at the iPad world.

Size-wise, the device will look like a shrunken Surface Pro with the same 3:2 ratio display, but only coming in at 10 inches. A new type keyboard cover is therefore also likely.

3:2 is the correct ratio for a display, if any monitor manufacturers are listening.

Microsoft has a number of events coming up where the device could be shown off, starting with its partner conference Inspire from 15 July.

The Register contacted Microsoft for comment and will update the story if anything is forthcoming.

Assuming there is no last-minute cancellation, the challenge then facing Redmond's hardware supremo Panos Panay is how to pitch the thing without either cannibalising existing sales or tarnishing the hard-won halo of the Surface as a premium device. ®

A Microsoft spokesperson told El Reg: "We have nothing to share on this."