No, it's not Intel's 5G chip Apple is ditching – it's the Sunny Peak Bluetooth, Wi-Fi part 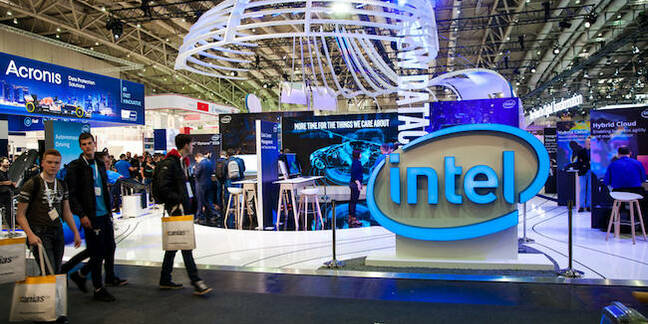 A new ultra-fast-wireless Intel chip will not make its way into next-generation Apple iPhones, and will be axed, the chipmaker confirmed in a roundabout way.

The chip, codenamed Sunny Peak, was designed to provide Wi-Fi and Bluetooth connectivity, and was supposed to be a core component of Apple's smartphones shipping in 2020, providing multi-gigabit-a-second 802.11ad wireless networking. However, its development was halted after Apple told Intel it was no longer interested in using the part.

Apple was considered a "key mobile customer" of Sunny Peak, according to leaked Intel files. Apple was searching around for alternative suppliers for the radio communications chips used in its smartphones and tablets after falling out with wireless networking giant Qualcomm, turning to Intel and considering MediaTek instead. Rather than rely on Qualcomm for communication chips in its handsets, Apple hoped to use something other than Qualy's components.

Intel seized the opportunity to get its Wi-Fi, Bluetooth, and cellular modem technology into millions of iPhones, and managed to inject its 4G/LTE modem into Apple's handsets.

Intel's hopes of getting high-speed Wi-Fi and Bluetooth chip Sunny Peak into next-gen iPhones, due out in 2020, have been dashed, though: Apple is no longer interested, we're told, and the chip has been scrapped.

Here's where it gets a bit confusing. On July 4, Israeli financial daily Calcalist published on its tech blog details of leaked internal Intel documents that stated Apple was passing over Intel's 5G cellular modem chips for 2020 iPhones. That sent shockwaves through the industry.

However, within the following two days, it emerged the Israeli bloggers wrongly thought Sunny Peak combined 5G and Bluetooth and Wi-Fi. That misunderstanding prompted Intel to clarify, via its spokespeople, that "the Intel 5G modem part of the story is inaccurate" – thereby confirming that Apple is not interested in the Bluetooth and Wi-Fi connectivity.

Calcalist has now updated its article to say Intel's Bluetooth and Wi-Fi chip had been dropped due to a lack of interest from Apple, and not necessarily its 5G modem chipsets. Here are the relevant sentences from the revised piece:

Sunny Peak is a Wi-Fi and Bluetooth component designed by Intel for Apple’s future phone.

Intel will not provide Wi-Fi and Bluetooth component [Sunny Peak] for Apple’s 2020 mobile devices, according to internal company communications reviewed by Calcalist, and people familiar with the matter.

"Intel’s 5G customer engagements and roadmap have not changed for 2018 through 2020," Intel said in a statement. "We remain committed to our 5G plans and projects."

This would appear to imply Apple may still use the processor giant's 5G cellular modems in future iPhones and other gadgets – just not its Wi-Fi and Bluetooth offering.

Intel and Apple have had a long on-again, off-again relationship, and it appears as though Apple is going sour on the chipmaker amid reports it is mulling potentially dropping Intel chips in its smartphones and desktop computers.

Intel is desperate to be seen as a lead supplier for 5G modems, especially given the expected explosion in the demand for them over the next decade, so it is very keen to dispel rumors that Apple is dropping its 5G modem, even if that meant confirming the failure of the Sunny Peak Wi-Fi and Bluetooth project.

Apple, of course, has not commented. ®