Give Samsung a hand: Chaebol pulls back Arm to strike Intel's chips

Samsung has said its chip foundry building Arm Cortex-A76-based processors will use 7nm process tech in the second half of the year, with 5nm product expected mid-2019 using the extreme ultra violet (EUV) lithography process.

The A76 64-bit chips will be able to pass 3GHz in clock speed. Back in May we wrote: "Arm reckoned a 3GHz 7nm A76 single core is up to 35 per cent faster than a 2.8GHz 10nm Cortex-A75, as found in Qualcomm's Snapdragon 845, when running mixed integer and floating-point math benchmarks albeit in a simulator."

Intel has been stuck at the 14nm to 10nm process transition for some time. But now Samsung is saying its 7nm CPU process tech will arrive in a matter of months, with 5nm tech to follow in 18 months or so. The supposition is that they will overlap low-end Xeon processors such that general notebook users won't notice performance differences between Arm and low-end Xeon-powered notebooks.

These 7nm and 5nm Arm chips will go into mobile devices ranging from smartphones to notebook computers and, Samsung and Arm hope, hyperscaler and high-performance computing AI and machine learning systems. 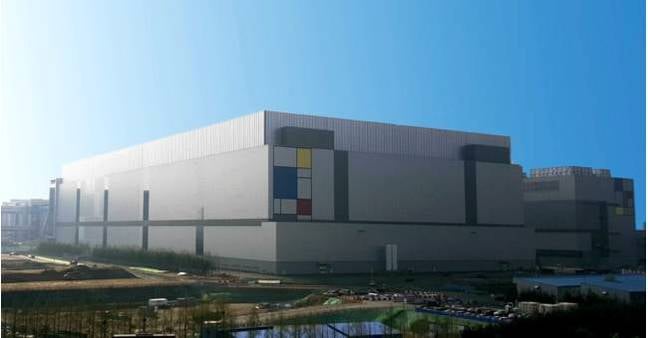 Devices using the 7nm Arm CPU chips might appear in 2019.

Samsung eventually envisages moving to a 3nm Gate-All-Round-Early (3AAE) on its process technology roadmap. Catch up, Intel, if you can. ®