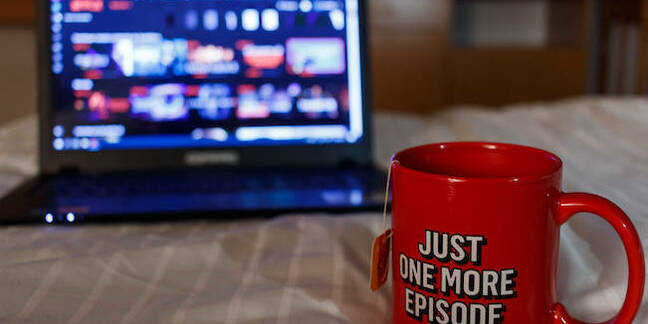 AWS has announced that “Application Auto Scaling can be used to add scaling to any services that you build on AWS”, and Netflix has revealed the new feature started life as a custom job for the vid-streaming company.

As explained here, Netflix's home-brew “Titus” container management platform had no auto-scaling features and that held back adoption.

“Around the time that we were investigating building our own solution, we engaged with the AWS Auto Scaling team to describe our use case,” wrote Andrew Leung and Amit Joshi of Netflix’s Titus team. “As a result of Netflix’s strong relationship with AWS, this discussion and several follow ups led to the design of a new AWS Application Auto Scaling feature that allows the same auto scaling engine that powers services like EC2 and DynamoDB to power auto scaling in a system outside of AWS like Titus.” The new Auto Scaling feature works with DynamoDB, ECS, RDS Aurora replicas, Appstream 2.0, SageMaker, EC2 Spot Fleet and Amazon EMR.

The Register imagines AWS users could be a little excited too: Amazon has always claimed to be driven by customer needs, so this is evidence of that creed at work.

The new feature also shows AWS users that the cloud colossus appears to have a “if you come, we will build it” mentality, at least for its biggest customers. ®

Opinion Unsatisfying AMA ends up mainly being about Teams

How many expansive ERP projects would that buy? One? Two? Answers on a postcard

When is a phone not a phone? When it's an Android security key

He's been cleared in full

Planning on geeking out at CA World this year? Think again

Hana-hana-hana: No it's not your dad trying to start a motorboat... It's Northern Gas, renewing its SAP software

No competitive tenders for northern pipeline company, and here's why