There are two new systems on offer: the 9100 and the 9150. Both come in 2U enclosures with active:active controllers, and can scale out to eight nodes using four pairs. The 9100 uses eight-core Intel Sklyake CPUs while the 9150 gets 14-core processors. They both have up to 768GB of data cache per node.

The FlashCore Modules have NVMe interfaces that can be deployed with any combination of industry-standard NVMe flash drives. Both models can have a total of 480TB of raw capacity, and IBM says they feature:

The quoted effective capacity is the typical maximum amount of user data that can be stored after data reduction.

These FlashSystems come with a seven-year warranty. The FlashSystem 9100 and 9150 do not replace the existing 900, A9000 and A9000R systems, as these continue to be sold albeit with software different to that in the 9100. 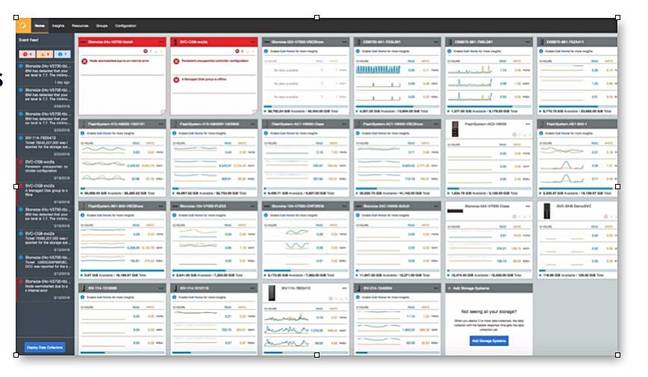 The software environment includes Spectrum Virtualise, which virtualizes other IBM and third-party arrays to be managed as storage resources by the 9100s. It can also uses the IBM cloud.

There are three pre-validated system blueprints:

These battle cards identify FlashSysytem 9100 strengths against these competing systems, but also the IBM product's weaknesses – areas in which IBM and its business partner sales people will have to defend the 9100. 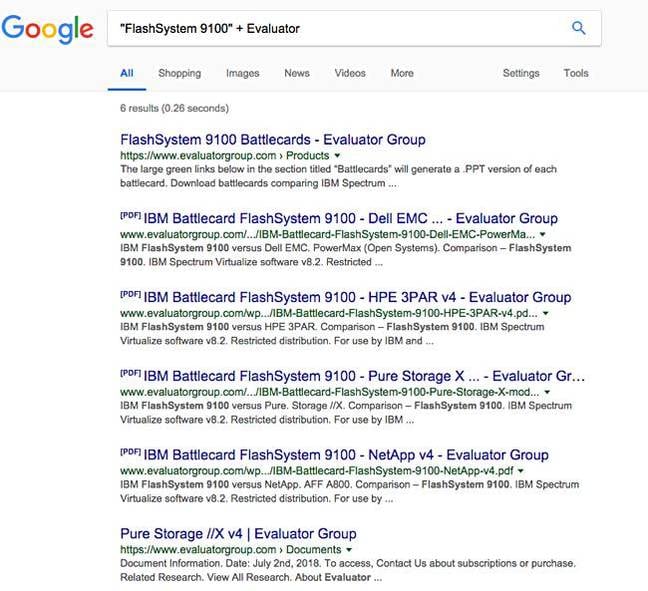 After we clocked them in a Google search, the slides were pulled offline by Evaluator Group – however, they might return once the hardware's launch is out of the way on Tuesday.

The bottom line is: IBM is using Intel Skylake-powered controllers, and high-capacity flash drives, with an extended software environment, to provide two new FlashSystems ready for an NVMe-over-fabrics world. ®