And tech industry doesn't get off lightly in civil rights probe 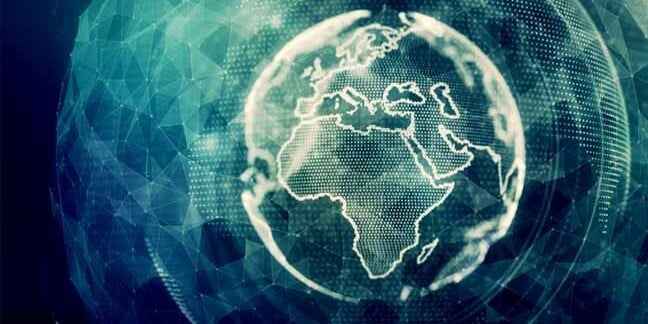 The world's most powerful governments are today accused of bankrolling surveillance kit and training for smaller and dubious nations – and the tech industry stands to benefit.

In a dossier published on Tuesday, civil-rights warriors Privacy International said that top governments – from the US, UK and China to France, Germany, and the European Union – are financing, training and equipping countries, including authoritarian regimes, with surveillance capabilities. By doing so, the countries with the most extensive security and military agencies are “transferring their electronic surveillance capabilities, practices, and legislation around the world,” the report said.

It said that some of the funds for such programmes were being badged as development. The US spent more than $20bn in security aid in 2017, with recipients of training and kit over the years including African nations and Afghanistan.

Privacy International said that despite such efforts boosting recipients’ security capacities, it can also play “a defining role in maintaining the ability of recipient governments to exercise functions of the state and political control.”

As more data is being generated and as surveillance technology advances ahead of laws sufficiently regulating them, and while authoritarian leaders continue to use surveillance as tools of political control, such transfers pose a substantial threat to human rights around the world.

The trend is a boon for contractors, as they “already benefit substantially from these surveillance programmes” in the donor states. Spreading surveillance capabilities opens up new markets and creates opportunities to grow.

“Such securitisation is hugely appealing for industry, allowing security companies and contractors to benefit from increased sales of security equipment, training contracts, and increased public financial support for the research and development of their products,” the civil rights fighters noted.

Although there are no specific criticisms of the corporations named in the report, Privacy International argued that their widespread contracts have already given them great influence over public policy and that their importance will likely increase as they implement surveillance technology.

"Historically, one of the consequences of the vast privatisation of US security and military forces over the past 20 years has been an inappropriate influence of contractors on policy,” the report said.

Now, it said, contractors “stand to benefit even more, which will only naturally increase their potentially damaging influence over public policy, as exemplified during the most recent invasions of Afghanistan and Iraq by US-led coalition forces.”

Among the companies named in the report are Leidos Inc, a major contractor for the Pentagon and the NSA that was formed from a merger with the Information Systems and Global Solutions division of Lockheed Martin; intelligence, security and reconnaissance training firm North American Surveillance Systems; and military firms AAR and DynCorp.

The report also noted that the US State Department had financed and granted surveillance equipment acquisitions for foreign countries, which included a monitoring centre for intercepting, analysing, and using information obtained from communications systems in Mexico. Business intelligence, call centre and surveillance outfit Verint scored that deal.

Some of the surveillance training was by government agencies. According to the study, last year, the International Law Enforcement Academies – a scheme run by the state department – in Botswana had courses on counter-terrorism and cybercrime delivered by the FBI and on “Investigations of Computers and Electronic Crimes” delivered by the US Secret Service.

Meanwhile, it has been reported that the UK College of Policing has provided training to the Saudi Ministry of the Interior in investigative techniques since 2009, with plans to expand this to include high tech crime and digital forensics, and GSM mobile phone examinations.

The civil rights group warned that some of the recipient countries “lack basic rule of law”, which poses “significant and foreseeable risks” to individuals’ privacy. It also pointed out that the lawfulness of states’ activities in some of the countries exporting surveillance capabilities are themselves being challenged.

The group called for increased focus on due diligence – ensuring that training isn’t provided to states that violate human rights, for example – plus greater transparency and the promotion of best practices and governance of surveillance alongside training programmes. ®