Switchzilla's kit is programmable now, so anything Bezos does an army of developers can replicate 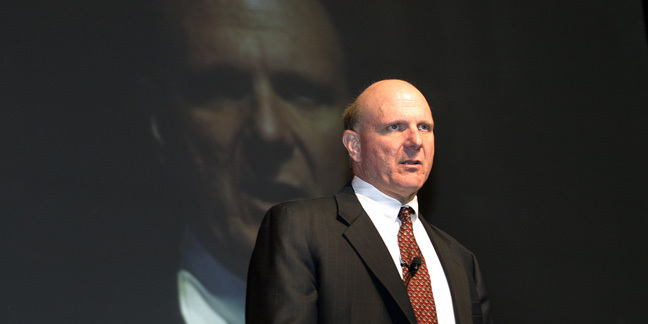 As we reported yesterday, the idea that Amazon might make its own switches into some kind of a captive gateway between on-premises data centres and the AWS cloud sent shivers through investors in traditional networking vendors – and none so much as Cisco.

Another way of looking at the same announcement is that AWS is entering a market that Cisco has already marked as “end of life”, since in the era of John Chambers' successor Chuck Robbins, a big focus has been Cisco's transition to becoming a software company.

Until this year, there was reason to doubt whether that move would work – mostly because switch and router revenues were declining when Robbins started the transformation, and it took until May this year for software to catch up.

Even then, software sales ride on the success of a particular device: the Catalyst 9000, which Robbins in May described as the company's most successful launch ever.

It's not the first time Cisco's tried to pursue a software strategy – the company's efforts date back to the middle of the 2000s – but this time, it's worked, and it's worth understanding what that means.

The first thing to understand about how much time Cisco's put into the software strategy is this: it's known for years that it can't rely on switch and router hardware to keep customers loyal to Cisco.

Software helps keep customers, and that made me think back to Cisco Live 2018, when David Goeckeler, executive veep and GM in charge of networking and security brought DevNet veep and CTO Suzy Wee to the stage to explain why Cisco's developed a Steve Ballmer-like affection for developers.

Wee's segment starts at about 1:15:15 in the YouTube video of the keynote.

Cisco’s DevNet has grown to half a million members, meaning that many network people have at least started to turn themselves into developers (Wee explained that term includes “power users” of network technology, not just people who churn out lines of code from their “basements”).

The size of that community, alongside application developers’ increasing interest in working with infrastructure (to get better insights into application performance, for example), is in Cisco’s view “the beginning of this inflection” in how the network business operates.

While (if the report is accurate) Amazon's hoping that a white-box switch with open-source software will make people loyal to its cloud, Cisco's hoping that half a million developers also represent a big reservoir of loyalty, harvesting sales to sticky customers willing to buy subscriptions.

By the way, supporting the opened-up DNA Center are:

The other thing to note about DevNet and the DNA Center that supports it is that openness goes only so far. If you expect an open source project to land at GitHub with a liberal software license, you'll have to keep waiting.

In his keynote, Goeckeler announced the company's extending intent-based networking beyond the walls of Cisco’s hardware and software.

While he said Cisco decided DNA Center “needs to be open and extensible”, and that the company is “extending the open and programmable access across the entire network”, it’s a one-way openness.

The APIs allow “anybody to build applications” on DNA Center; management integration lets developers draw in data from other vendors’ IT management systems; and the SDKs “allow third-party networking to be part of the fabric” – the Cisco fabric, since the goal is for Cisco to include other vendors’ networking into things like service chains fit into Cisco’s intent-based networking.

And with half-a-million DevNet developers to call on any capability AWS delivers, Cisco will be able to replicate pretty rapidly. &reg