Both LG and Samsung have been on a cleanup campaign in recent times, removing lots of duplicate and superfluous apps. And they've gone far enough, I think. 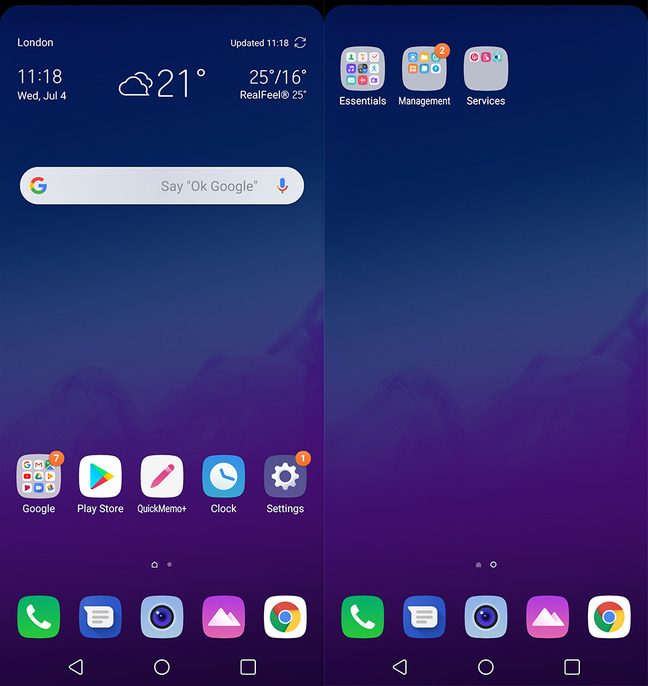 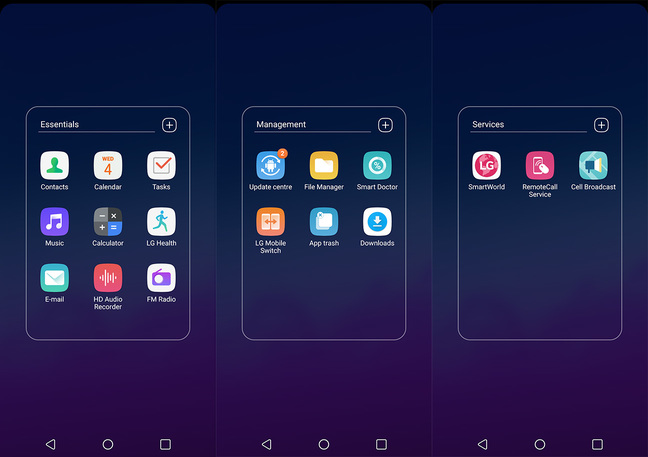 Unlike the old days, both companies offer more consistent or more functional apps, and are entitled to promote their own where they’re superior. For example, LG’s calendar makes much better use of the space than Google’s, and also acts as an Exchange calendar server for other apps. (Although it did nag me too often that I had Exchange services running – not something I needed to know). Similarly, LG’s Email app is also superior to GMail. Unless you’re a Google purist – an odd thing to be – you should use the LG version, or source your own. The bundled LG notes app is also very useful.

The only time I felt I was using an inferior LG app was when typing – Google’s Gboard is much better.

Samsung has its own reasons for bundling apps – they want to give users of its DeX feature multimode apps that run well on a desktop display.

LG continues to maintain its whimsy-filled Theme store, which I’ve never been keen on. Here you can decorate your phone with sunsets, flowers, kittens, and inspirational slogans written into the sand (eg, "Hard Brexit Now"). OK, I made the last one up.

Honestly all I ask from OEMs is that they let me use third party icon packs in their launchers. And don't bake in Facebook and Instagram that must be disabled manually – depressingly, that's standard on phones this year.

But overall I felt the software bundle was generally much less intrusive than it used to be, and very well optimised. The proof’s in the pudding: decent battery life from a very average pack. 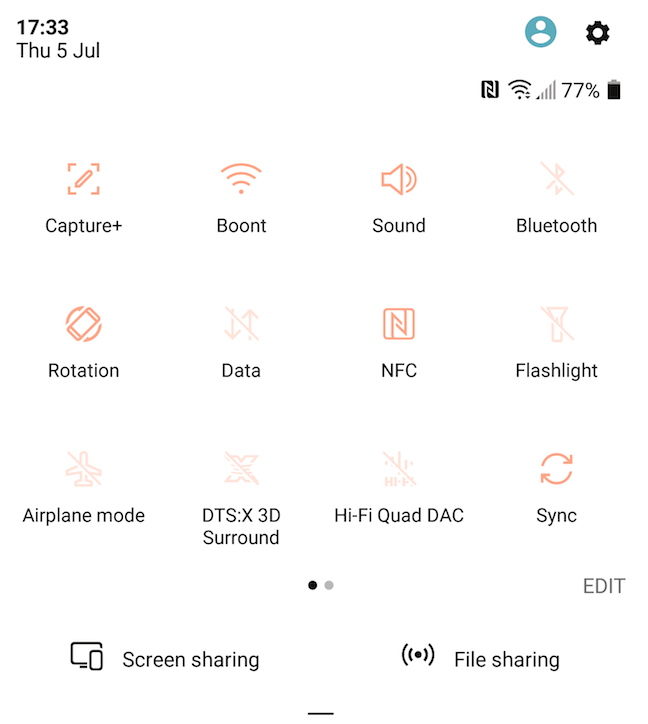 Although some OEMs overload you with gimmicky "convenience" features, LG's is subtle and useful – a floating bar that gives you access to built-in shortcuts (Screen capture, quick contacts or music player controls). It's very discreet.

And I like the Context Awareness allowing you to set a sound profile, Wi-Fi or Bluetooth status for specific locations or actions. It's only the three things, but that's fine. Less is more.

And LG's traditional organisation of the Settings was appreciated. Although it presents newcomers with a more forbidding four column page, it makes more options easier to find. That said, finding the Mobile Networks setting – so you can drop down from LTE to 3G, was not easy: it's underneath Mobile Data.