The G7 ThinkQ’s Camera has one great trick – bringing the great wide angle shots of the V30 to UK buyers for the first time. This enhanced many scenes and is a resounding success.

And it has one gimmick which must be considered an own goal: an ill advised “Artificial Intelligence” initiative.

The G7 packs a very competitive 2018 camera, and the wide angle results can be stunning. They’re nicely illustrated by the following two pairs of shots. 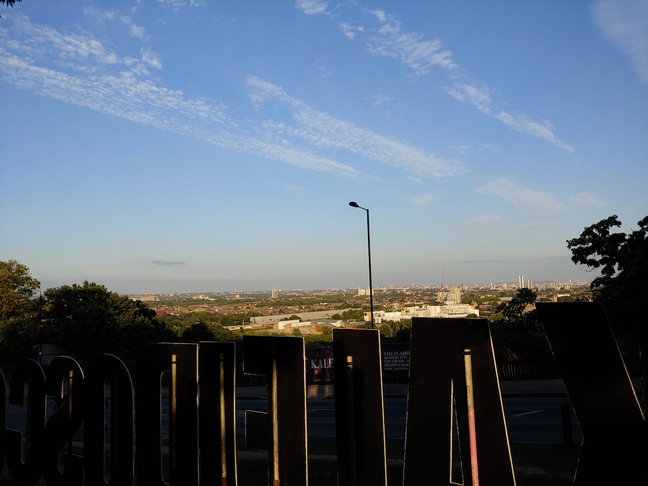 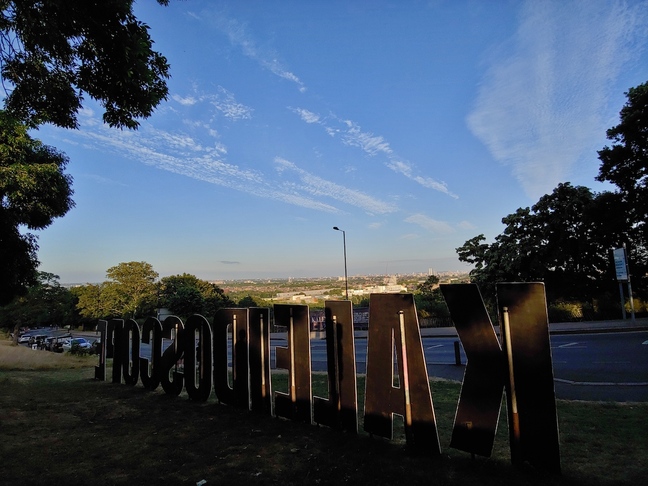 Wide angle version of the scene above. Click to enlarge (25pc) 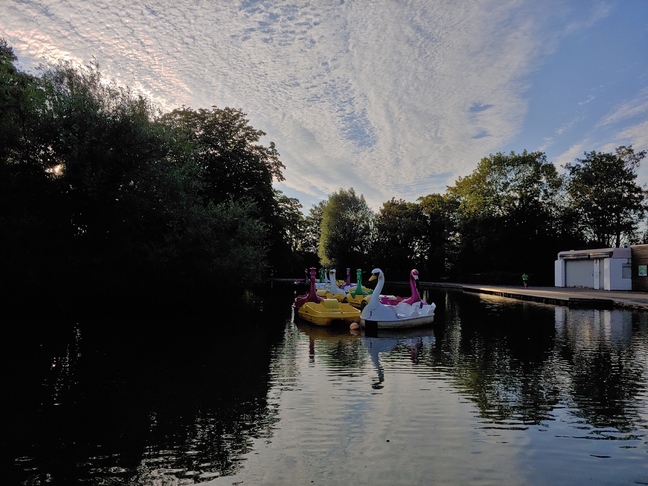 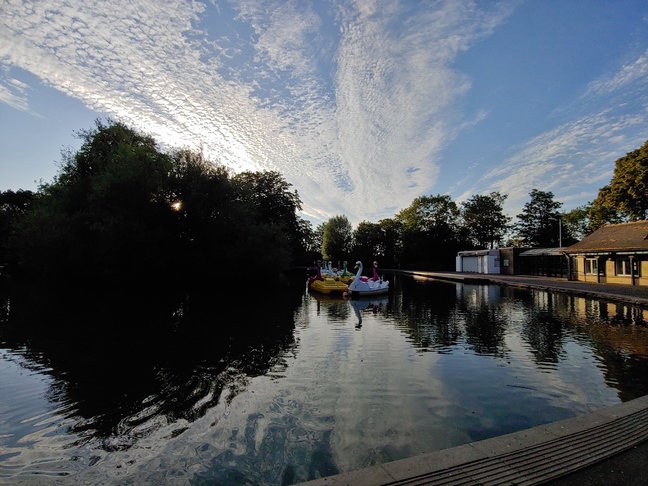 Wide angle version of the scene above: Click to enlarge

The AI is what gives the G7 it's cumbersome name ("ThinQ" – ThinQ® artificial intelligence – which is being sprayed all over LG's products, including TVs, to show how clever LG is).

LG’s implementation here is very in-yer-face. One of the two default on-screen toggles – neither of which can be turned off – is for an “AI camera”, which is supposed to show off the firm's object recognition smarts. If it tallies, you get the option to change the settings to capture that particularly scene, with a submenu of four filters popping up. It's a different take on what Huawei does with its P20 and Honor 10 phones.

What the AI Cam does is float suggestions past you – literally, like bubbles, of what it thinks is in the scene. And this is how it's supposed to work:

But the implementation is awful, taking us into genuinely comical territory. The suggestions are almost always hilariously wrong. And I mean hilarious. 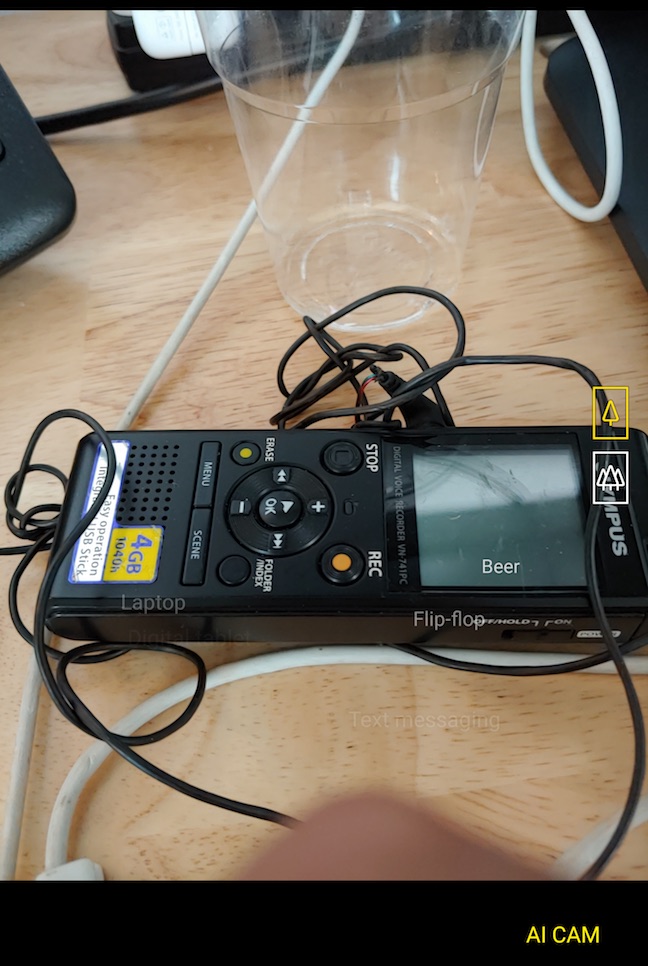 What's in that picture, oh Artificial Intelligence. Yes, beer. And a flip flop. Of course! 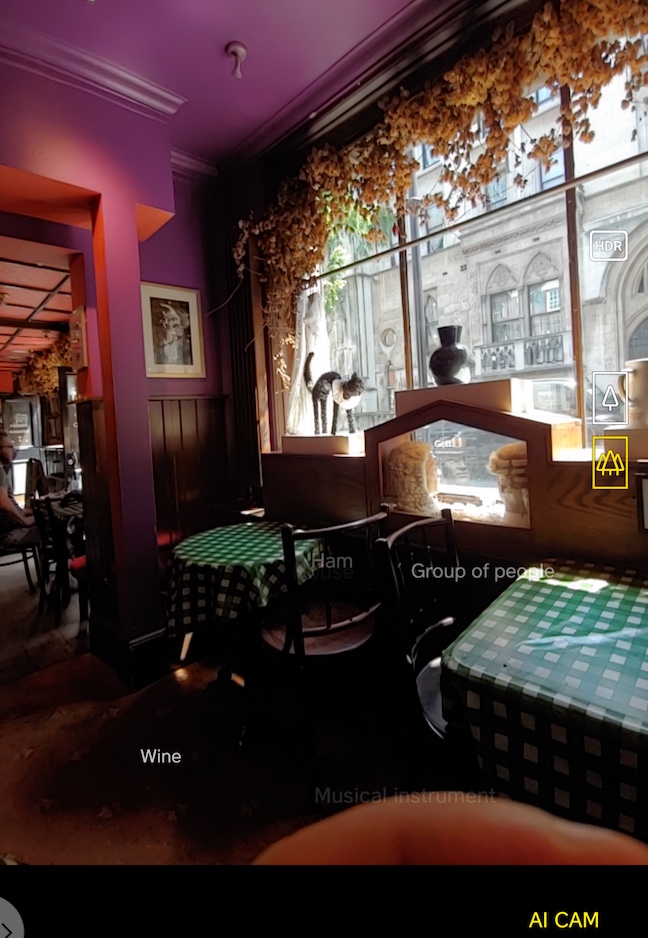 Who spilled that wine that isn’t actually on the floor? Perhaps it was the group of people who aren’t actually there. Very good.

And what does it make of the ceiling of the Editorial Cupboard at Vulture Central? 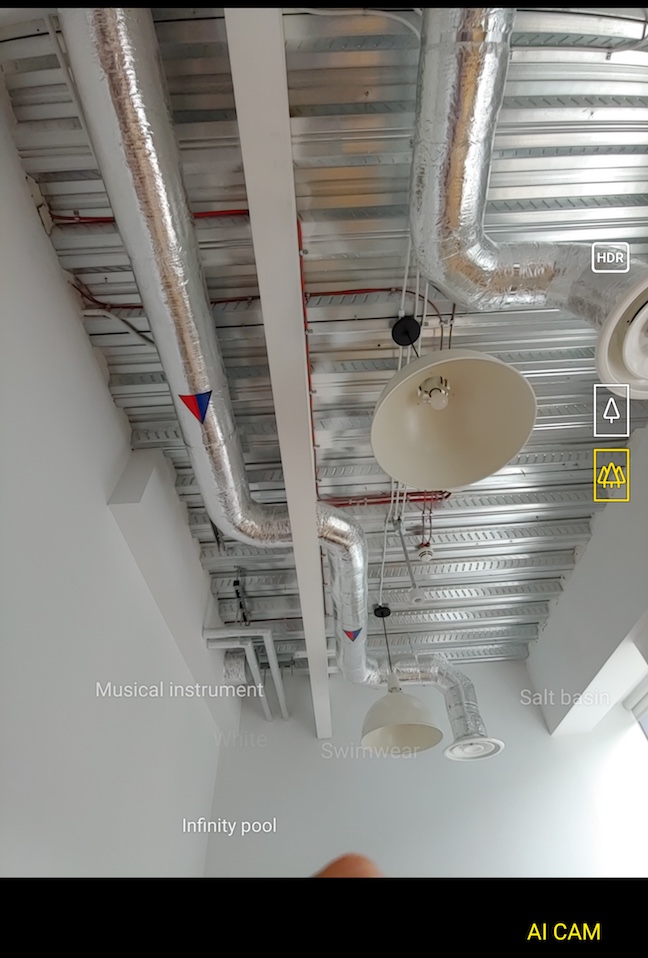 An Infinity Pool, eh? That would be nice.

You need to try this in the pub for maximum amusement. My children were in fits. The AI might start off with an accurate guess – a cat or a glass – but it gets more surreal, and the guesses appear to be more desperate. It's like Alan Partridge pitching TV ideas.

It's as if somebody at LG viewed the "SeeFood demo" scene in Silicon Valley, without realising that was a comedy, and created a feature of it. Of all the #F_AI_Ls I've seen this year, this might be the most spectacular.

The shame is not the crap AI, crap AI is everywhere in 2018. But it should be something you can ignore. You should be able to turn off a setting, and you'll never see it again, just like the original Clippy The Paperclip only ever had to be turned off. But LG devotes the two most prominent toggles to AI and the almost-as-useless Google Lens, and they can't be replaced. I want to devote those toggles not to Google Lens and AI Cam but something I use more often, Portrait mode, say, or a Mono mode.

Over the page are the results of the rest, and they're very satisfying.