The bits on land don't expect to get salty, and that's 1,100 Internet pieces of internet infrastructure in the US alone

University of Wisconsin-Madison boffins have warned submarine cable owners that their landing stations and onshore cables are at risk from rising sea levels.

“So what? Submarine cables are meant to get wet!” you might say – yes, but the onshore infrastructure isn't protected against a soaking like a cable designed to exist at depths of 5,000 metres.

The researchers took a straightforward approach to their analysis: they took National Oceanic and Atmospheric Administration maps of projected sea level rise, for example in New York by 2033; and analysed fibre maps against them.

The networks most at risk in the US, the research said, belong to AT&T, CenturyLink, and Inteliquent.

Durairajan presented the results of the study to the Applied Networking Research Workshop at IETF 102 this week in Montreal.

In the University of Oregon's announcement, Durairajan said that in the US alone, rising waters threaten “more than 4,000 miles (6,400 km – El Reg) of buried fibre optic cables”. 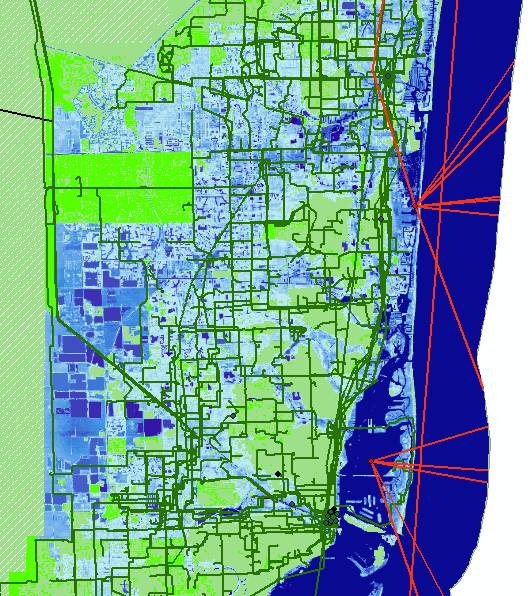 Durairajan went on: “Our analysis is conservative in that we only looked at the static dataset of sea level rise and then overlapped that over the infrastructure to get an idea of risk”. When other factors like storm surges, tsunamis, or earthquakes are taken into account, the risks could be even greater.

If infrastructure owners don't plan ahead, the study found, 1,100 Internet traffic hubs – data centres, Internet exchanges and the like – will be surrounded by water within 15 years.

Even the optical strands themselves can be impacted if the inundation is bad enough, the study said, citing risks like:

Barford said that when embarking on the study, the group expected to be able to offer the industry “50 years to plan for it”.

It didn't turn out that way: “Most of the damage that’s going to be done in the next 100 years will be done sooner than later,” Barford said.

The full paper is in this PDF. ®