Bloke accused of netting $5m on inside info about Lattice Semiconductor 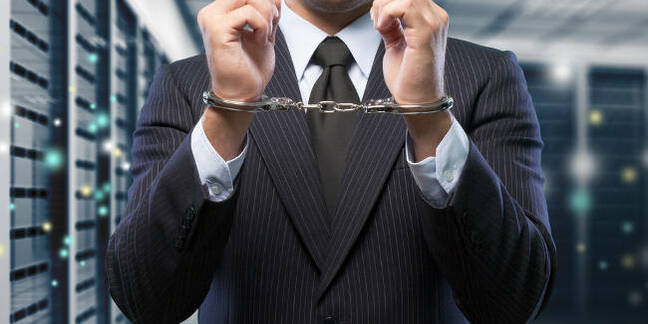 A Chinese investor has been charged in America with insider trading after allegedly using Lattice Semiconductor secrets to turn a massive profit on Wall Street.

Court documents [PDF] allege that Chow – who worked at two private equity companies in Beijing and Palo Alto, California – was in talks to acquire Lattice Semiconductor in April 2016, and signed a non-disclosure agreement regarding the deal.

A couple of months later, Chow chatted to Yin online, and they arranged to meet up in a Bejing coffee shop, where, it's claimed, the two discussed the Lattice deal. Later that night, Yin purchased 248,268 shares in Lattice.

Two days later, Chow's firm tendered an offer to buy out Lattice's stock at $8 per share, compared to the then market price of $5.32. The indictment claims Chow and Yin met again on July 13, and Yin purchased another 280,283 Lattice shares over the next nine days.

It's claimed that the two stayed in contact, including meeting at the China World Trade Center, while Yin continued to buy hundreds of thousands more of Lattice stocks. Yin is also alleged to have told two other individuals about the looming takeover, and told them to buy up batches of Lattice shares.

A curious tale of the priest, the broker, the hacked newswires, and $100m of insider trades

On November 2, Lattice's board formally approved the takeover in private, and on the same day Yin is alleged to have bought over 475,000 new shares. Uncle Sam's prosecutors claim that a day later he sold off a large chunk of his holdings, netting $5m in profit.

"Yin and Chow executed their scheme through text message exchanges neither ever thought would see the light of day and in meetings far away in Beijing, China," US attorney Geoffrey Berman said today in announcing the indictment.

"Thanks to the efforts of law enforcement, Yin’s abuse of the United States markets has been uncovered and he stands indicted for his crimes."

Lattice, a US-based company specializing in building high-performance FPGA chips for supercomputers and other high-end kit, was not accused of any wrongdoing.

Yin remains at large, and, as such, has not yet made a court appearance. If he does ever travel to the US, or a country with which the US has an extradition agreement, he's likely to face arrest and prosecution.