When dumb is usually smart enough 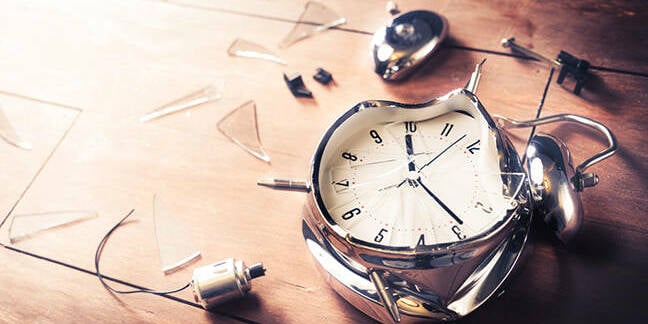 Analysis Imagine if Intel had decided in the 1980s that all of its CPUs henceforth would have a vast parallel processing unit worthy of a Cray supercomputer, integrated into every chip. This would quadruple the price of an Intel microprocessor, but "future-proof" its PCs.

And lo, Qualcomm hath declared that a new chip for wearables is coming

You can imagine what would have happened next. With PCs now costing between £10,000 and £20,000, rather than £1,000 to £3,000, many businesses could not afford to have one. The businesses that could would have been very sparing about deployment. PCs would have been more likely to run a network of green screen terminals using Sequent Unix or Microsoft Xenix. Computing would have taken quite a different path.

If this seems like an outlandish counterfactual history, consider how the wearable business developed, for it's very similar indeed. And proof that it took a wrong turn costing suppliers billions is very prominent in the Prime sale right now.

Five years ago, a collective mania overtook the industry. Nobody could think of a clear reason why consumers needed an expensive "smart" watch when they already had a smartphone in their hand, pocket or bag. What value could it deliver? Even Google didn't seem sure: in its now notorious launch video, a punter used a watch simply to replicate features on their phone. But the industry convinced itself that wearables were another platform, and nobody wanted to be a sad second in this race. So the giants entered the market. Not because they wanted to, but as a hedge. Someone else might take a lead.

And because there was no clear use case for the smartwatch, any use case was considered. The hardware would have to be more powerful than it needed to be. Just in case.

The rush to market meant that Google established its Android Wear (now Wear OS) using power-intensive smartphone chips, and a power guzzling Java-based OS, Android. It performed exactly as you'd expect it to.

Google wearables: A solution looking for a rich nerd

What followed hardly needs retelling. As an app platform, smartwatches were found wanting: the display is too small, and even more awkward given the round display many consumers prefer. Even with Qualcomm's powerful chip hardware, apps were slow. The small battery was soon depleted.

As we predicted in 2014, this was a solution looking for a problem. And an expensive one, at that.

As a result, many first-wave manufacturers dropped out. Eighteen months ago, there were really only two left on Android: LG and Huawei. Google repositioned towards fashion brands. Meanwhile, "dumb" wearables optimised for health and fitness tracking had been selling quite nicely; the remaining smartwatch vendors using the Android platform tried to emphasise the fitness aspect, but a watch remained a cumbersome and expensive alternative to a tracker. So too did Apple, which revived the Watch by adding waterproofing – essential for swimming and outdoors activity – in its second-generation watch.

Like a PC with a Cray inside, the smartwatch had been been over-specified for the job.

The hottest smartwatch on the block confirms what a huge, historical error the industry made. Mobvoi's TicWatch Pro is a new wearable that's generating positive reviews. It runs Wear OS, but here's the thing: only some of the time.

The TicWatch Pro puts Wear OS into a deep sleep mode, only activating it when a "smart" feature is required. And that turns out to be... not very often. The Pro can be put into full Wear OS mode to make electronic payments, for example. But the rest of the time it runs in a low-power monochrome mode, thanks to a hybrid display, gathering activity data in the background. Full-power Android isn't needed for this, and the always-on monochrome display can run for five to 30 days, according to Mobvoi.

By doing so, Ticwatch demonstrates that full-fat operating systems were never needed on the wrist, and hardware required to run them resulted in vastly inferior user experience: adding complexity and requiring the user to worry about battery depletion.

Withings, now an independent company again after a stint as a division of networking giant Nokia, was one of the first to realise this. Its analogue watch contained the bare minimum of "smartness" – health data and notifications from your phone – and could last three weeks.

For years Intel and Microsoft could rely on one other to compensate for each other's deficiencies. Microsoft provided the demand for hefty silicon. New generations of silicon rescued sluggish software. But that dynamic doesn't work here: the consumer has been demanding less from a wearable, not more. Two years since its last wearable chip, Qualcomm is currently testing much more power-efficient silicon for wearables. I don't yet see much sign that any platform vendor can slim itself down sufficiently to compete in a world where bloat is not forgiven.

It would be nice to think that Silicon Valley has learned something from the experience, that it doesn't need to shove an expensive chip into everything, or that "smart" is always preferable to "does the job". But I doubt it.

The Ticwatch Pro is an Amazon Prime exclusive, for now. ®