Oldest swinger in town, Slackware, notches up a quarter of a century

Venerable Linux distro still keeping it clean, after all these years 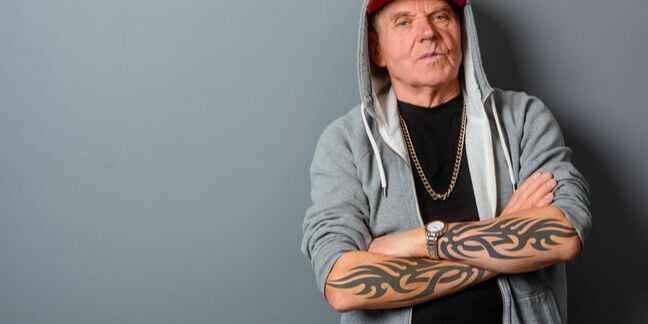 Slackware, the oldest Linux distribution still being maintained, has turned 25 this week, making many an enthusiast wonder where all those years went.

Mention Slackware, and the odds are that the FOSS fan before you will go a bit misty-eyed and mumble something about dependency resolution as they recall their first entry into the world of Linux.

Released by Patrick Volkerding on 17 July 1993, Slackware aimed to be the most “UNIX-like” Linux distribution available and purports to be designed “with the twin goals of ease of use and stability as top priorities”. Enthusiasts downloading the distro for the first time might take issue with the former goal – the lack of a cuddly graphical installer can be jarring.

However, the sooner a user gets over the shock of diving into a command-line interface, the happier their life will be. Right?

Lack of fripperies aside, the design ethos of Slackware has been one of simplicity throughout its long life. Simplicity, in this instance, being the removal of barriers between users and a pure UNIX experience. This ethos has attracted a loyal, if dwindling, following.

2017 saw the distribution drop to 31 in page hit ranking, according to Linux watcher DistroWatch.com, from position 7 in 2002. Of course, the lack of phoning home by the OS (cited by many as a reason for a move to Linux) makes an accurate user count impossible.

Volkerding has stuck with his creation, taking the role of “Benevolent Dictator For Life”, and having the final say in what is in and out of the distribution. Contributions to the project are managed in an informal way, with no public code repositories or bug lists (although such things undoubtedly exist).

The Slackware team has remained compact, with the latest set of release notes naming seven individuals as well as a host of contributors. The team has managed to emit over 30 releases over the years, with the latest, 14.2, arriving on 30 June 2016, based on the 4.14.4 Linux kernel.

And the name? In a 1994 interview with Linux Journal, the then 27-year-old Volkerding explained the reasoning: “I think I named it ‘Slackware’ because I didn't want people to take it all that seriously at first” which makes us like him all the more.

While the likes of SuSE took Slackware very seriously, picking up the distribution in 1994, making it the basis of its eponymous distribution, The Register prefers to raise a toast to the original and wish Volkerding and his team all the best for the next 25 years. Then we'll have a crack at getting 14.2 installed.

A beer, a command line, and a 25-year-old Linux distribution famed for its "simplicity". What could go wrong? ®