Ah, British summer. The sun is shining, the birds are singing, the internet is on the fritz

Sky, TalkTalk and M24Seven all withered in the heat this week 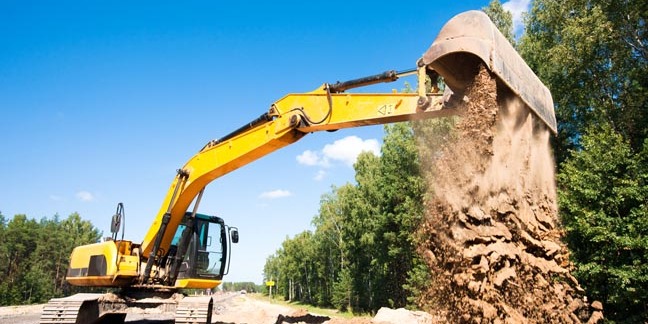 As the big red ball in the sky continued to shine on the UK, internet providers decided to have a bit of a lie-down, with Sky, TalkTalk and leased line specialist M24Seven all taking a turn on the sun-lounger.

Sky and TalkTalk's problems began in the early hours of 17 July as night-owls in the Portsmouth and Southampton area found themselves unable to get online. Sky's support team took to Twitter to fend off the howls of Hampshire users, finally admitting at 0824 (UK time) that, yes, things were a bit poorly.

TalkTalk agreed, pointing the finger at roadworks in the Southampton area accidentally damaging a fibre cable.

We're currently experiencing some issues in the Southampton Region, due to fibre cabling damaged by roadworks. We're working on resolving this now, and we apologise for any inconvenience caused. More info can be found here: https://t.co/Thsln3xY8I

It seems that roadworks on the A27 and fibre cables don't mix as the telcos scrambled to sort out alternative routings for data while engineers scratched their heads. It wasn't until 1400, almost six hours after Sky confirmed what users already knew, that the cones were flung onto the A27 so that workers could get digging and fix what the previous digging had broken.

Update: Portsmouth. Engineers have determined that the alternative solutions to restore service are not feasible. Traffic management on the A27 will commence at 14:00 to allow engineers to begin repairs on the fibre cable break in safety. Further updates to follow.

After a further afternoon and night of intermittent internet, Sky finally confirmed the cable had been fixed at 0827 on 18 July, 24 hours after it first admitted the issue. Ouch.

Sky told The Reg: "We were aware of a broadband, fibre and talk outage affecting several providers, including Sky, who use the telecommunications exchanges in the local area.

"The disruption to service was caused by damage to a cable by a third party... The outage was resolved just before 02:00 yesterday morning, and currently there should be no customers without service." But, it added: "There was further planned maintenance scheduled for last night on the back of the outage during the maintenance window that may have caused another loss of service for a short time (approx. 30mins) between 0000 and 0600".

Of course, business customers paying for dedicated lines would expect slightly better treatment at the hands of their connectivity providers? Not necessarily so, as customers of leased line provider M24Seven discovered.

The outage, which lasted from 10:16am until 11:34am on 17 July, was nationwide and caused by a failure of a Dual Power Supply Unit (PSU), according to M24Seven's incident report, seen by El Reg.

We'll just let that sink in for a moment.

For its part, M24Seven said it "deeply regrets the disruption caused by this incident and we thank our customers for their patience and cooperation". Furthermore, it promised that it would be reviewing its resilient power setup and DNS server resiliency.

The Register contacted M24Seven for further details, but were told the company had nothing further to add to the incident report at this time.

Users were less forgiving, with one telling us that, as a small business, such an outage could leave them out of pocket to the tune of £5,000. Others noted that referencing 24/7 in the name was unfortunate, given that the service was currently down.

Shortly before the outage, M24Seven had taken to Twitter to warn that losing connectivity could cause a loss of THOUSANDS (their capitalisation, not ours).

For any business the loss of internet connectivity means significant disruption. Our latest whitepaper explains how to ensure resilience for your business https://t.co/we9yMqTL88

One might almost wonder if having their network dropover four days later due to a failed PSU was some sort of guerrilla marketing campaign. ®