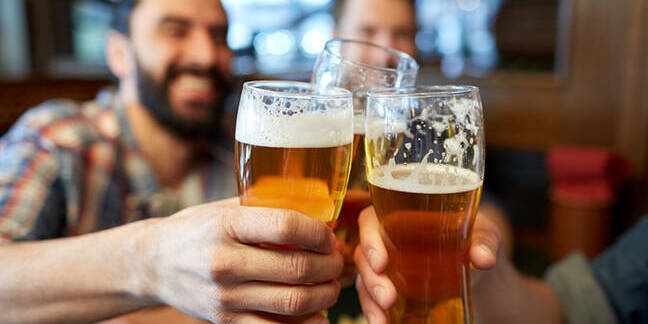 Selecting the five - who each receive three tickets apiece - proved a challenge since as well being a thirsty lot (CAMRA’s servers buckled under the load of Register readers seeking tickets) you all have quite the imagination when it comes to delicious, delicious beer.

Alas, certain suggestions did not make the cut and can’t be reproduced here, but be assured that we had a good chuckle. We do like beer, but we don’t like sueballs lobbed by angry tech moguls.

For simplicity, Adam Jarvis’s “Zuckerburp” tickled our fancy. We suspect that supping a pint of that brew would result in flatulence that those around you would have to rate with a thumbs up while having alternative beers that you might like shoved in your face.

Paul Stimpson suggested “Torvald's Expletive Laden Rant”, a fine Finnish craft export bitter, although if you want a pint you’ll likely have to brew your own while your Torvalds-drinking chums mutter a withering “noob” under their collective breath.

We like a pun, and so ElRodders was on to a winner with “SQAle”, “a select beer everyone should order, good till the last drop.” Too much could leave you under the table, unsure of your identity.

John Brown, very much a man of the moment, suggested “Blockchain Brew”. “No one understands it but everyone wants it.” Very true, John, very true.

Finally, Erewhon summed up the life of a Reg hack, gazing disconsolately at an inbox rammed full of PR pitches, with the simple, yet wonderful, “Cloudy Bollocks”.

Winners, please email us. We'll need to share your email address with CAMRA for the purpose of receiving the tickets.

Meanwhile the rest of you can still get £2 off your tickets with the promo code: GBBF2018ELREG ®

Beer gut-ted: As many as '70 million pints' spoiled during coronavirus pandemic must be destroyed in Britain

Just what we all needed, lactose-free 'beer' from northern hipsters – it's the Vegan Sorbet Sour

Brewed with ice cream ... and no meat at all!

It's Friday lunchtime on International Beer Day. Bitter hop to it, boss'll be none the weiser