One rule for banks, another for us, says white hat 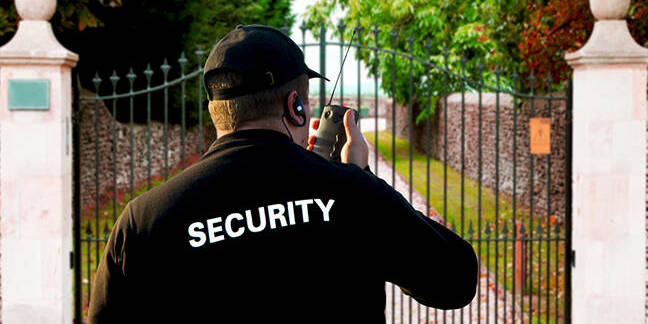 Updated Halifax Bank scans the machines of surfers that land on its login page whether or not they are customers, it has emerged.

Security researcher Paul Moore has made his objection to this practice – in which the British bank is not alone – clear, even though it is done for good reasons. The researcher claimed that performing port scans on visitors without permission is a violation of the UK's Computer Misuse Act (CMA).

Halifax has disputed this, arguing that the port scans help it pick up evidence of malware infections on customers' systems. The scans are legal, Halifax told Moore in response to a complaint he made on the topic last month.

If security researchers operate in a similar fashion, we almost always run into the Computer Misuse Act, even if their intent isn't malicious. The CMA should be applied fairly...

When you visit the Halifax login page, even before you've logged in, JavaScript on the site, running in the browser, attempts to scan for open ports on your local computer to see if remote desktop or VNC services are running, and looks for some general remote access trojans (RATs) – backdoors, in other words. Crooks are known to abuse these remote services to snoop on victims' banking sessions.

Moore said he wouldn't have an issue if Halifax carried out the security checks on people's computers after they had logged on. It's the lack of consent and the scanning of any visitor that bothers him. "If they ran the script after you've logged in... they'd end up with the same end result, but they wouldn't be scanning visitors, only customers," Moore said.

According to Moore, when he called Halifax to complain, a representative told him: "We have to port scan your machine for security reasons."

Having failed to either persuade Halifax Bank to change its practices or Action Fraud to act (thus far1), Moore last week launched a fundraising effort to privately prosecute Halifax Bank for allegedly breaching the Computer Misuse Act. This crowdfunding effort on GoFundMe aims to gather £15,000 (so far just £50 has been raised).

"Ultimately, we can't have it both ways," Moore told El Reg. "It's either legal to port scan someone without consent, or with consent but no malicious intent, or it's illegal and Halifax need to change their deployment to only check customers, not visitors."

The whole effort might smack of tilting at windmills, but Moore said he was acting on a point of principle.

"If security researchers operate in a similar fashion, we almost always run into the CMA, even if their intent isn't malicious. The CMA should be applied fairly to both parties."

Moore announced his findings, his crowdfunded litigation push and the reasons behind it on Twitter, sparking a lively debate. Security researchers are split on whether the effort is worthwhile.

The arguments for and against

The scanning happens on the customer login page and not the main Halifax Bank site, others were quick to point out. Moore acknowledged this but said it was besides the point.

Infosec pro Lee Burgess disagreed: "If they had added to the non-customer page then the issue would be different. They are only checking for open ports, nothing else, so [I] cannot really see the issue."

Surely there needs to be intent to cause harm or recklessness for any criminal violation, neither of which is present in the case of Halifax, argued another.

UK security pro Kevin Beaumont added: "I'd question if [it was] truly illegal if [there was] not malicious intent. Half the infosec services would be illegal (Shodan, Censys etc). IRC networks check on connect, Xbox does, PlayStation does etc."

Moore responded that two solicitors he'd spoken to agreed Halifax's practice appeared to contravene the CMA. An IT solicitor contact of The Register, who said he'd rather not be quoted on the topic, agreed with this position. Halifax's lawyers undoubtedly disagree.

Moore concluded: "Halifax explicitly says they'll run software to detect malware... but that's if you're a customer. Halifax currently scan everyone, as soon as you land on their site."

Halifax Bank is part of Lloyds Banking Group, and a reference customer for ThreatMetrix, the firm whose technology is used to carry out the port scanning, via client-side JavaScripts.

The scripts run within the visitor's browser, and are required to check if a machine is infected with malware. They test for this by trying to connect to a local port, but this is illegal without consent, according to Moore.

"Whilst their intentions are clear and understandable, the simple act of scanning and actively trying to connect to several ports, without consent, is a clear violation of the CMA," Moore argued.

Beaumont countered: "It only connects to the port, it doesn't send or receive any data (you can see from the code, it just checks if port is listening)."

Moore responded that even passively listening would break the CMA. "That's sufficient to breach CMA. If I port-sweep Halifax to see what's listening, I'd be breaching CMA too," he said.

The same ThreatMetrix tech is used by multiple UK high street banks, according to Beaumont. "If one is forced to change, they all will," Moore replied.

Moore went on to say that this testing – however well-intentioned – might have undesirable consequences.

"Halifax/Lloyds Banking Group are not trying to gain remote access to your device; they are merely testing to see if such a connection is possible and if the port responds. There is no immediate threat to your security or money," he explained.

"The results of their unauthorised scan are sent back to Halifax and processed in a manner which is unclear. If you happen to allow remote desktop connections or VNC, someone (other than you) will be notified as such. If those applications have vulnerabilities of which you are unaware, you are potentially at greater risk."

Moore expressed that his arguably quixotic actions may have beneficial effects. "Either Halifax [is] forced to correct it and pays researchers from the proceeds, or the CMA is revised to clarify that if [its] true intent isn't malicious, [it's] safe to continue," he said.

Halifax Bank has been to touch to say: "Keeping our customers safe is of paramount importance to the Group and we have a range of robust processes in place ‎to protect online banking customers."

1Action Fraud is the UK's cyber security reporting centre. Moore has reported the issue to it. AF's response left Moore pessimistic about finding any relief from that quarter.

Friday morning is an ideal time for transfers to have a glitch, agree customers