Couldn't get out to the Valley? Here's a taste of the flashy goodness you've been missing

Toshiba told the conference its Kumoscale software, which delivers an aggregated multi-SSD block storage pool across an NVMe-oF connection, works with the NVMe over TCP protocol. Tosh has tested this using Marvell FastLinQ 100GbitE network interface cards (NICs), which employ a TCPOffload engine.

It said NVMe-oF on TCP enables a good price/performance balance because standard Ethernet components can be used instead of the data centre class required by RoCE-based NVMe-oF, for example.

Tosh roped in IDC's research VP Eric Burgener to say something nice about it: "Solutions like Toshiba's KumoScale, which uses TCP as a transport, give customers an NVMe over Fabric option that requires no custom hardware or software on the server side, making this higher performance host connection available to any and all servers without additional cost."

So there is, Tosh implied, no need to go down the RoCE road. It said the NVMe organisation is actively working on a binding specification for NVMe-oF over TCP, and it is ready for the upcoming certification process.

A canned quote from Mavell's Rajneesh Gaur, SVP and GM for the Server Connectivity Business Unit, couldn't resist trying to cover all the NVMe-oF bases: "Marvell FastLinQ 10/25/50/100GbE NICs [are] currently the industry's only solution with concurrent NVMe-oF offload for TCP, RoCE and iWARP, and provides compelling flexibility, scale and performance while reducing time-to-market and time-to-revenue for our joint customers."

Attala would like you to stick your data lake in its tailored hot cache box.

The concept is to have a data lake, a massive pool of data, stored on NVMe flash for faster access by multiple real-time applications, a shared flash cache as it were.

Well, yes, but not exactly low cost; SSDs in sufficient capacity have to be bought and that won't be cheap, unless we are talking about data puddles rather than lakes.

The ADL module is available for evaluation by select customers and partners, and will be generally available in the fourth 2018 quarter.

It features speeds up to ~25GB/sec and up to ~3.5m IOPS (4KB). There can be up to 8 x M.2 modules per card, with a 32TB maximum capacity. The SSD has power loss protection and a multi-port capability for multi-host access.

Microsemi announced its SXP 24G family of devices, with multiple device variants ranging from 28 ports to 100 ports per device. 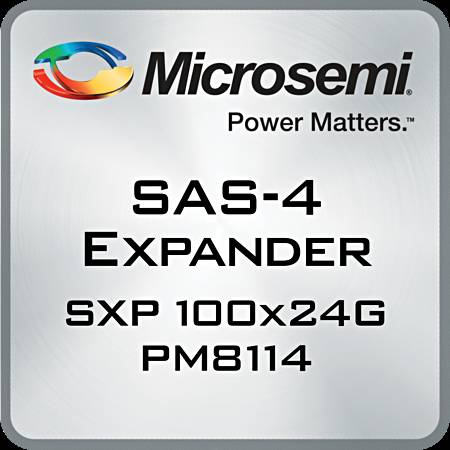 The 4.0 specification effectively doubles gen 3.0 speeds. The spec is available from the PCI SIG – registration required – but you can also get a sense of it from a freely available Intel doc.

SXP 24G SAS expanders will sample to select customers in 2018.