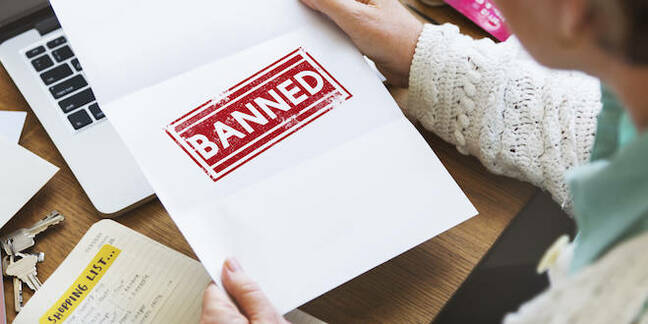 A company boss whose business was fined £260,000 for making 16.7 million automated marketing calls has been banned from holding directorships for six years.

Shaun Harkin, 48, from Coventry and the sole director at Easyleads Ltd, was pulled over hot coals by the Information Commissioner's Office on 21 September last year for being a nuisance caller.

He had applied some 16 days earlier to have Easyleads Ltd struck off, according to a filing at Companies House, but it was suspended in the same month. Harkin failed to pay the penalty so the ICO issued a winding-up order. A liquidator was then appointed in May of this year.

In June, the Secretary of State accepted a "disqualification undertaking" from Harkin who did not dispute that between October 2015 and June 2017, he had ignored statutory obligations to prevent calls to households that had signed up to the Telephone Preference Service.

The marketing menace was banned in July from directly or indirectly being involved, without the permission of the court, in the promotion, formation or management of a company for six years, the ICO said today.

"Easyleads plagued people with calls and we brought them to account by fining them £260,000. When they failed to pay, we refused to give up," said ICO head of investigations Andy Curry.

"Now Shaun Harkin has been put out of action for six years. We still have work to do but this ban sends a message to others that they will not get away with making nuisance calls."

Harkin still hasn't coughed the fine but David Brooks, chief investigator at the Insolvency Service, said the six-year ban "serves as a warning to others that we will seek redress should your conduct fall below accepted commercial standards." ®

Brit regulator pats self on back over nuisance call reduction: It's just 4 billion now!

Problem? It's, er, only 60 calls per UK resident

Now fancies being struck off before data watchdog can collect

Not that data watchdog expects to get that money paid