Seagate has announced Nytro 1000 and 5020 SSDs based on OEM'd Toshiba/Western Digital flash chips.

The NAND supply for these 2.5-inch enterprise data centre drives has been secured through its $1.3bn participation in the Bain consortium deal to buy Toshiba Memory Corporation, which holds Toshiba's interest in the flash foundry joint venture with Western Digital.

The Nytro 1000's capacity options are 240, 480, and 960GB, 1.9TB and 3.84TB. Seagate said the drives have a tuneable capacity feature that increases random write performance by up to 120 per cent or provides maximum capacity to the user.

These drives include powerless protection and secure erase options.

The "up to" performance numbers are:

The difference between the two products is that the 1351 supports one drive write per day (DWPD) for its five-year warranty period, and the 1551, an endurance-optimised model, supports three DWPDs. Check out a data sheet here. 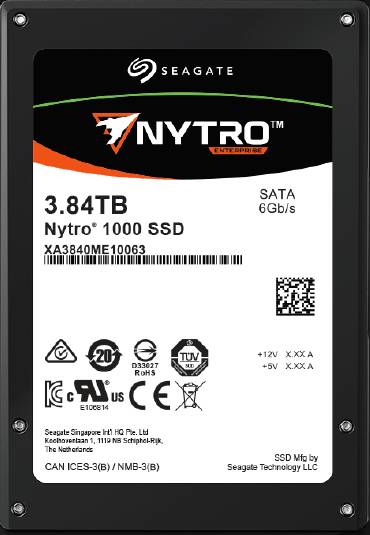 There are no performance or other details yet available for the Nytro 5020. Seagate said both product sets will be globally available later this quarter. ®