You won't believe this but... everyone hates their cable company: Bombshell study lands 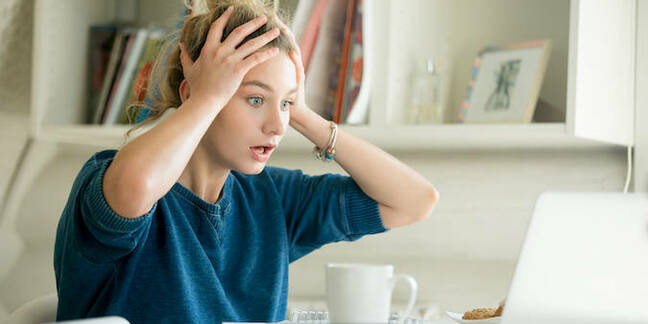 You almost have to admire the US cable industry's absolute disregard for its own paying subscribers.

For the past 15 years, it has received the lowest marks in customer satisfaction across the entire American economy, and it's not planning to change that rock-bottom appreciation any time soon.

Consumer Reports this week published the results of a large-scale survey into customers' feeling toward their provider, and guess what? Yep, we all still hate being ripped off, and being treated like a-holes at the same time.

And the reason for everyone's dislike is the same as every other year: Big Cable charges too much, for too little, it provides terrible customer service, and adds random hidden fees that cause your bill to slowly increase until you are forced to make yet another call and get yet another "deal."

"Nearly three-quarters of the survey respondents who have a bundled plan – TV, internet, and phone – said they got a special promotional price when they signed up. And 45 percent were still enjoying that rate when they answered our survey," according to a summary of the findings. "So you might expect that respondents with bundled services feel like they're getting a good deal."

But, amazingly, they don't: "Every company but one received the lowest score possible for value."

In the upside-down world of the US cable market, if you get your service from one of the multi-billion-dollar corporations that dominate it, you pay more, not less. "Respondents paid a median price of $186 a month for their triple-play bundles. And the median price for the bundles offered by the three bigger cable companies – Comcast, Cox, and Optimum – was closer to $200 a month."

As had been explained repeatedly for years, this is because Big Cable operates in an effective oligopoly, with the largest companies actively ensuring they do not compete with one another, with their vast resources focused on protecting their markets and keeping out competition.

One way they do this, as everyone in the US will no doubt know, is to offer "special deals" at low prices, and then gradually increase the price of that offering over time by removing "discounts" or adding random additional fees.

"When we asked readers to submit examples of hidden fees and confusing bills through our Share Your Story platform, hundreds of Consumer Reports members pointed to charges on their cable bills," the org noted. "Comcast's Xfinity service was among the most frequently cited offenders."

Among those fees is a "broadcast TV fee" that has existed for decades but cable companies continue to charge on top of their offerings, rather than including it in the price they quote customers. That costs between $4 and $11 a month. And then there's the "sports surcharge" ($7-$12) that is levied despite the cable companies often owning the regional sports networks that they are "paying" for.

Then we get into the real rip-offs: "HD technology" for $10 a month even though all programming went high-definition years ago. There is the extraordinary set-top box fee where you "rent" your clunky, outdated cable box for between $7 and $13 – a source of pure profit amounting to an incredible $20bn a year for cable companies.

The FCC tried to end the set-top box rip-off in 2016 under its previous chairman and give consumers the right to buy their own boxes – which would work out at a fraction of the cost – but was faced with a relentless barrage of pressure from the cable industry. It was one of the first things that the new cable-industry-friendly FCC boss Ajit Pai killed off when he took over.

And then there is "DVR Service" fee, which runs at an incredible $13 to $25 a month, even though storage costs nothing these days, and other products on the market will let your record far more shows for far, far less.

You'd think with all this extra money that cable companies would invest in keeping their ripped-off subscribers happy, but no, their customer service sucks as well.

All the big cable companies receive a "poor" rating when it comes to customer support. As an example, Consumer Report quotes one punter complaining about Cox: "I call them to discuss how to lower my bill every time I see an increase, and sometimes they help, sometimes they are just rude. I call Cox so much that they are listed as one of my favorite phone numbers."

But before you despair, there is hope, and it comes in the form of EVERYONE THAT ISN'T BIG CABLE.

"Top-rated EPB, a municipal broadband service run as a public utility in Chattanooga, Tenn., was one of the few bright spots for internet service," the watchdog reported. "It was the only company to receive a top mark for value. It also got top marks for speed and reliability."

So a municipal internet service gets top marks. Who else does well? Google. "Google Fiber was a close second in the ratings, the only other company to get a favorable mark for value."

In fact, if you want to be less infuriated with your cable company, the answer appears to be to go with the small guys. "Smaller cable companies – Armstrong, RCN, Hawaiian Telecom, and Grande Communications – emerged from the pack with slightly higher ratings for value, but that's faint praise. In the end, only Armstrong received an especially favorable overall satisfaction score."

None of this should comes as a surprise: reports and articles and white papers have identified and covered the exact same issue again and again for years, but while it continues to bring in vast profits, and the federal regulator refuses to introduce real competition into the market, nothing is going to change.

In fact, as we covered earlier this week, Big Cable is pushing the FCC to scrap one federal rule that gives small companies – the same ones offering faster internet at lower prices with better customer service – a fighting chance in the market.

And it is going to great lengths to limit municipal broadband services, including running astroturfing campaigns against them, carrying out legal warfare and engaging in massive local lobbying.

What can you do about it? Three things:

In short, cable in America sucks. But then you knew that already. ®

The worst five ISPs, according to Consumer Reports:

The best five ISPs according to Consumer Reports: