Hey...kids...yes order 10 of those and give me your parent's credit card details

Children are more likely than adults to buckle under peer pressure from robots, according to a study published in Science on Wednesday.

“People are known to change their behavior and decisions to conform to others, even for obviously incorrect facts. Because of recent developments in artificial intelligence and robotics, robots are increasingly found in human environments, and there, they form a novel social presence,” the paper’s abstract reads.

A group of researchers set out to repeat the Asch paradigm, a series of psychological tests carried out by Solomon Asch to examine how individuals were affected by other people in group situations. 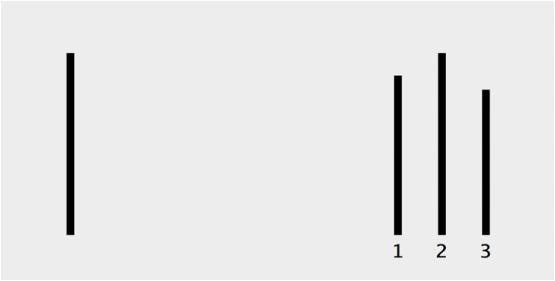 An example of the task in the Asch paradigm. Image credit: Vollmer et al. and Science.

The Asch paradigm proved that people were more likely to answer incorrectly in critical trials if bullish tactics are used in groups, compared to trials when the people in groups exerted no pressure.

One person in the group, the real participant, did not know that the people in the group were actors. In critical trials, the actors would always pick the incorrect line on purpose even though the correct answer was obvious. The real participant was always asked the question last and could decide to go with the majority and pick the wrong answer or the answer they believed were right.

In these new experiments, however, there was another setting where actors in the group settings people are replaced with cute humanoid robots.

The first group involved 60 adults aged from 18 to 69 years old. They were split up equally to complete a task in three different conditions: alone with no other humans or robots present, or with a group of three other actors, or with a group of three droids. The second group is made up of 43 children aged from seven to nine years old. 21 of them were asked to do the task by themselves, and 22 were in the company of three robots.

To study the effects of peer pressure the robots were programmed with social behavior and made to appear as individuals even though they were all of the same make. The researchers used Nao, a humanoid droid made by Softbank.

The three robots were referred their names: Snap, Crack, and Pop. They had different eye colours and could shift their gazes, move their wrist and finger joints, and blink.

Here are the results.

A quick overview of the results measuring peer pressure from robots in adults (A) and children (B). Image credit: Vollmer et al. and Science

The graph measures discrimination accuracy - the likelihood of choosing the correct line that matches the length of the one given - for both the adults and children group. The graph on the left hand side shows that adults were more likely to answer correctly and less likely to cave into peer pressure in critical trials with robots compared to other humans in group settings.

The difference in accuracy doesn’t shift by much either in neutral settings. Looking at the right hand side for children, however, is a different story. There was a larger difference in accuracy of the answers in critical trials when robots were present. Interestingly, the children also appear to perform worse when they are alone compared to when they are accompanied by robots in the neutral settings.

It’s difficult to see how much the children would be affected by their human peers, because that wasn’t tested in the experiments.

The researchers said they weren’t quite sure why children might not want to disagree with robots yet. But did warn that the study raised concerns for the use of social robots with kids. “Conforming can be beneficial, the potential for misuse and the potential impact of erroneous performance cannot be ignored,” they said.

It gives things like the Hello Barbie, a Barbie doll equipped with Wi-Fi, a whole new level of creepiness. No doubt advertisers will be pleased however. ®