London's Gatwick Airport flies back to the future as screens fail 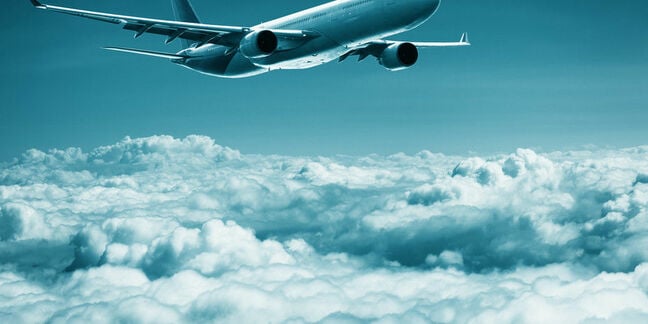 Updated London Gatwick Airport’s shiny new cloud-based flight information display system had a hard landing this morning as its vision of the future was brought down to earth with a bump.

While collecting the Cloud Project of the Year award at the Real IT awards in May, the airport proclaimed its new screens were "an innovative, cost effective system that are easily scalable, more flexible and resilient, and require considerably less infrastructure and maintenance".

Unsurprisingly, disgruntled passengers were quick to take to social media to vent their spleen at the chaos.

This tiny whiteboard is the only departures information in Gatwick Airport right now; every screen is offline. Utter chaos. This is a signature flourish at the end of a short trip that’s been full of reminders of how badly the UK’s infrastructure is crumbling. pic.twitter.com/6r7CDVheLf

The Flight Information Display System (FIDS) at Gatwick Airport was the result of a project that kicked off back in 2015 to replace legacy systems that required a separate PC running behind the majority of the airports’ screens. The new system features 1,200 cloud-based screens requiring only 3Mbps of bandwidth and made an appearance in December 2017.

The Register spoke to a representative from AirportLabs, who developed the VisionAir FIDS deployed at Gatwick, who assured us there was no problem with the system itself. For its part Gatwick pointed a finger at Vodafone, who told us in a statement:

We have identified a damaged fibre cable which is used by Gatwick Airport to display flight information. Our engineers are working hard to fix the cable as quickly as possible. This is a top priority for us and we are very sorry for any problems caused by this issue. We are keeping Gatwick Airport constantly informed of progress.

Hopefully the airport operator will now take a break from squeezing yet more retail sites into the terminal in order to consider how to make a 3Mbps link a bit more resilient. ®

** And technically not in London at all, but in the nearby county of West Sussex.

Vodafone got in touch to say: "Our engineers have fixed a damaged fibre cable which is used by Gatwick Airport to display flight information. We are very sorry for any problems caused by this issue."

No new arrests, no idea what happened

Omnishambles just keeps on rolling and you're paying for it