That model was bought by Glamglow cosmetics founder Glenn Dellimore, who predicted it may have the value of a Picasso or Monet painting one day. Dellimore was prepared to pay up to $2m.

This Apple-1 was acquired from Adam Schoolsky, a friend of Apple founders Steve Jobs and Steve Wozniak, for $3,500 in 1994 by David Larson, a former professor at Virginia Tech. Larson collects old computer kit and is a curator at the Vintage Computing Museum, home to several Apple-1 computers.

It's "the later production shop-style of this Apple-1 [that] is indicated by discrete component dates which match other known Apple-1 boards of similar vintage, assembled and sold by Apple in the fall of 1976 and early 1977," we're told. 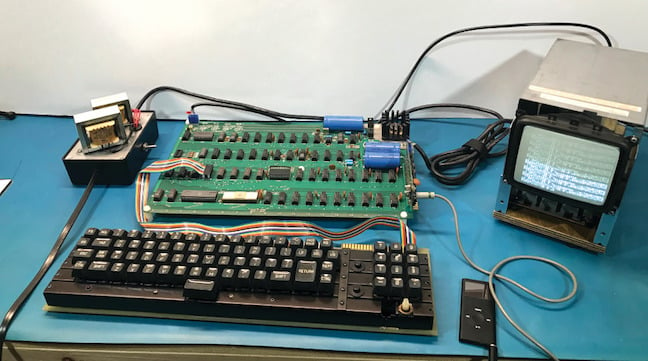 Around 200 Apple-1 computers were produced, and Apple sold some 175. The Apple II was a different story: launched in June 1977, it went on to sell over six million units.

The auction is on 25 September and there's a glossy brochure in video form here. ®